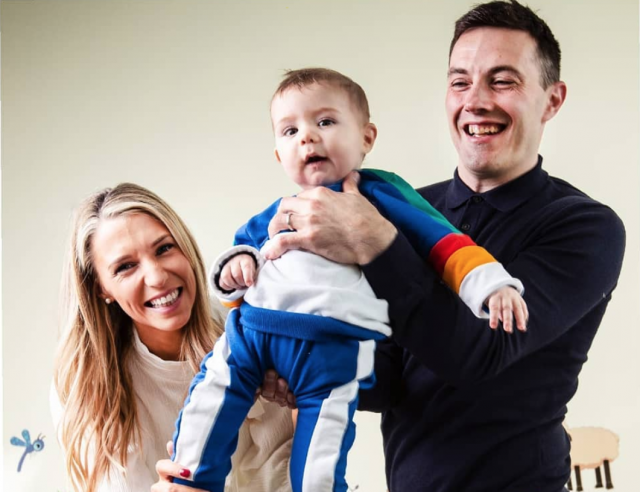 Former Laois footballers Niall and Aisling Donoher have revealed they’ve almost reached their €2 million goal, just 49 days after launching the ‘Do It For Dan’ campaign.

The couple launched the fundraiser on March 5, to raise money for their son Dan to receive lifesaving treatment in the US.

Dan’s parents hoped to raise 2.1 million dollars for a ground breaking treatment in the US called Zolgensma, which could substantially improve Dan’s quality of life.

Zolgensma is gene therapy and can only be given to kids under the age of two, so Niall and Aisling were under pressure to raise as much money as they could in a short space of time.

A host of well-known faces have shared the ‘Do It For Dan’ Go Fund Me page over the past few weeks, and a number of celebrities have donated to the cause.

“To anyone about to commence fundraising activity, thank you sincerely for your support and for the work you have done but we ask that you please hold on progressing activity as we are currently totalling all funds raised and believe we have reached our goal.”

“To all of the amazing clubs, families and fundraisers who are in the midst of their activity, please give it one last push to make sure we get over the line!”

“With current live fundraisers close to completion and with direct donations we believe we have DONE IT FOR DAN!”