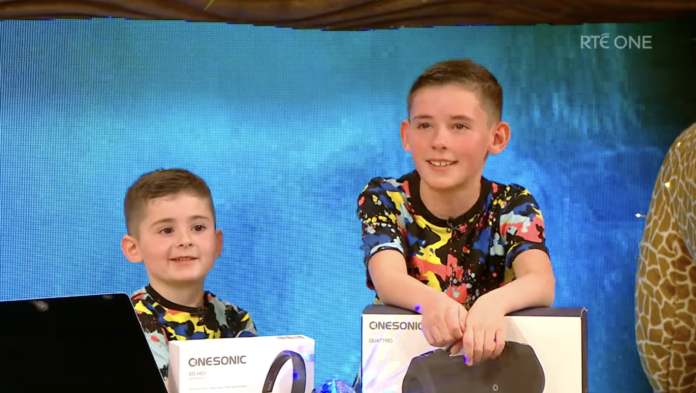 DJ Calum and his hype man/little brother Jackson were undoubtedly the breakout stars of this year’s Late Late Toy Show.

The Kieran brothers delighted viewers when they pumped up the volume with their energetic DJ set, but it was what happened next that captured the hearts of the nation.

After Calum told host Ryan Tubridy about his dreams of becoming a superstar DJ, the 11-year-old was surprised with brand new DJ equipment, which brought him to tears.

It’s safe to say viewers fell in love with the Kieran brothers, and the pair have been inundated with exciting offers since they appeared on the show.

The pair have been invited to DJ on FM104 next Saturday, and they’ve also been asked to come on Tracy Clifford’s show on RTÉ 2FM next week to play some tunes.

On top of that, well-known Irish DJ Marty Guilfoyle has revealed he’d love to collaborate with the Kieran brothers.

We’d love you to DJ and hype on @FM104 next Saturday evening from 6pm til 7pm if you’re up for it!

I currently have my people contacting DJ Calum’s people to discuss a collab. #watchthisspace #LateLateToyShow