The comedian and his reality star fiancé Hannah Berner tied the knot at his home in the Hamptons Friday night, surrounded by their close friends and family.

The bride wore a stunning white wedding dress with a lacy bodice and thin straps, and accessorised with drop earrings and a sweet ‘H + D’ design painted on her ring fingernail. 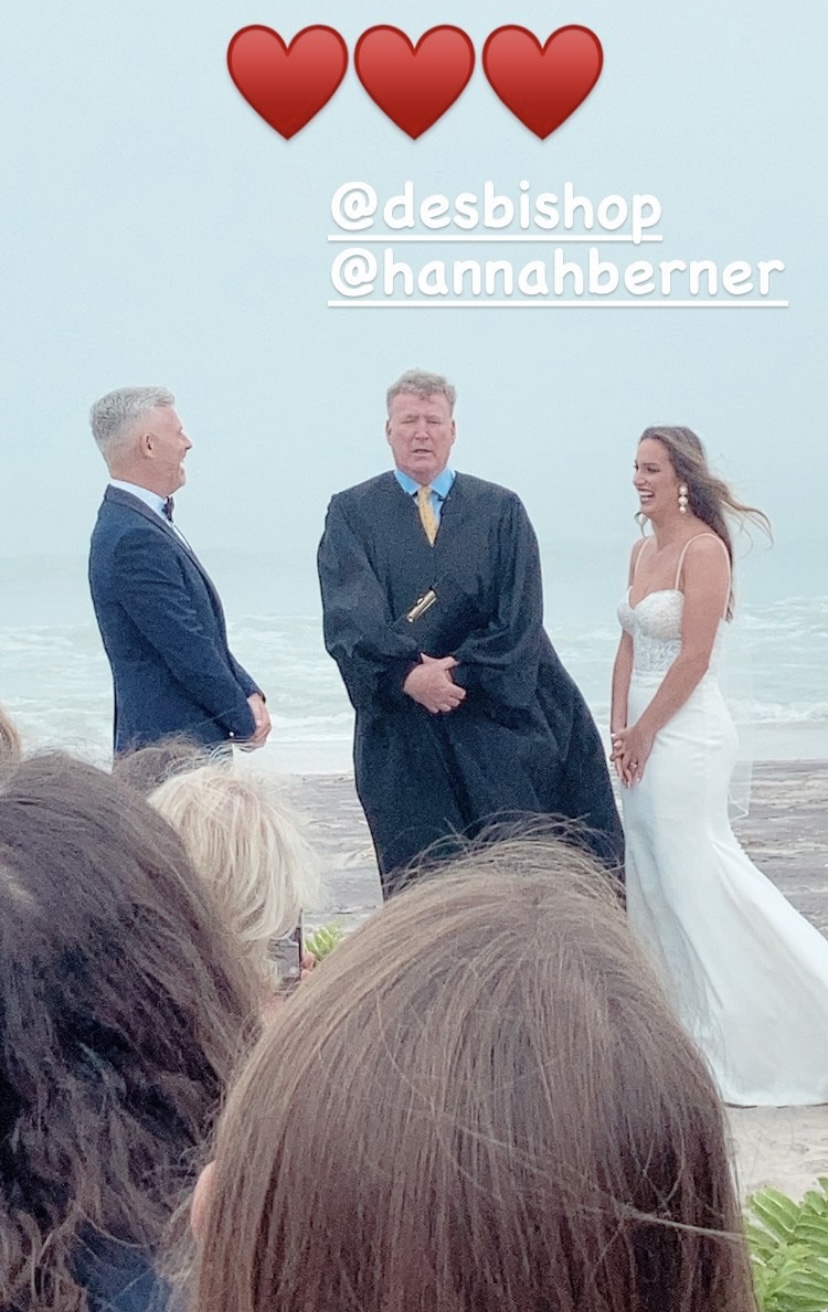 Des, 46, wore a dark blue suit for the beachside wedding.

The newly weds got engaged on Valentine’s Day last year, after just nine months of dating. 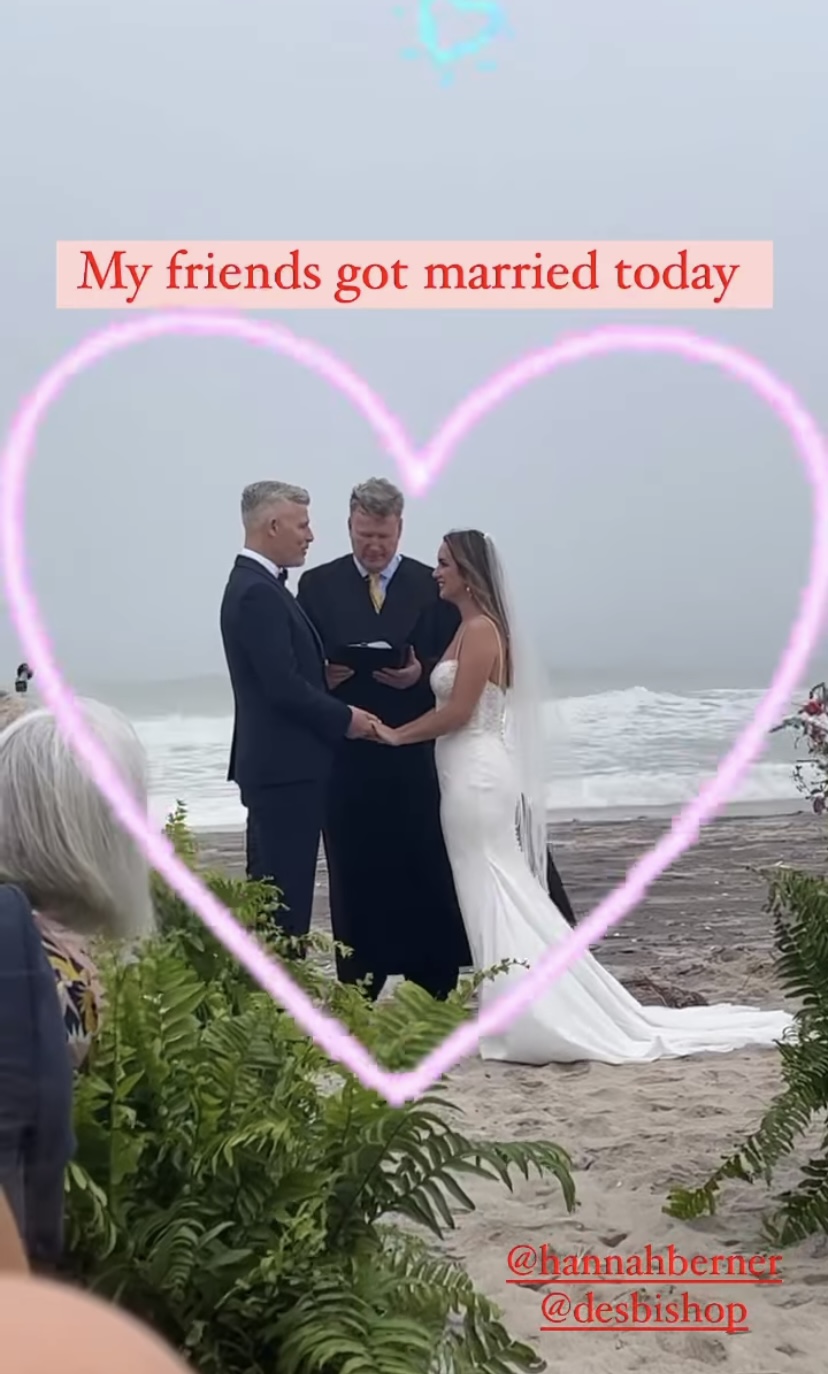 Des opened up about how he met Hannah during an appearance on The Six O’Clock Show in October 2020.

“So I said, ‘Oh she must be interested,’ and I just asked if she wanted to meet for coffee and that was the beginning of our romance.”

“Then we had a very difficult seven weeks where she was filming something, so I didn’t see her for seven weeks after two and a half weeks of a sort of intense fling.”

Des explained that Hannah was filming a Bravo reality show called Summer House, where she had to live with another guy she had a “fling” with before.

“In our situation, it felt rushed, because of corona you spend a lot of time together and also because she was going into this reality show so we knew she only had two and a half weeks,” he said. 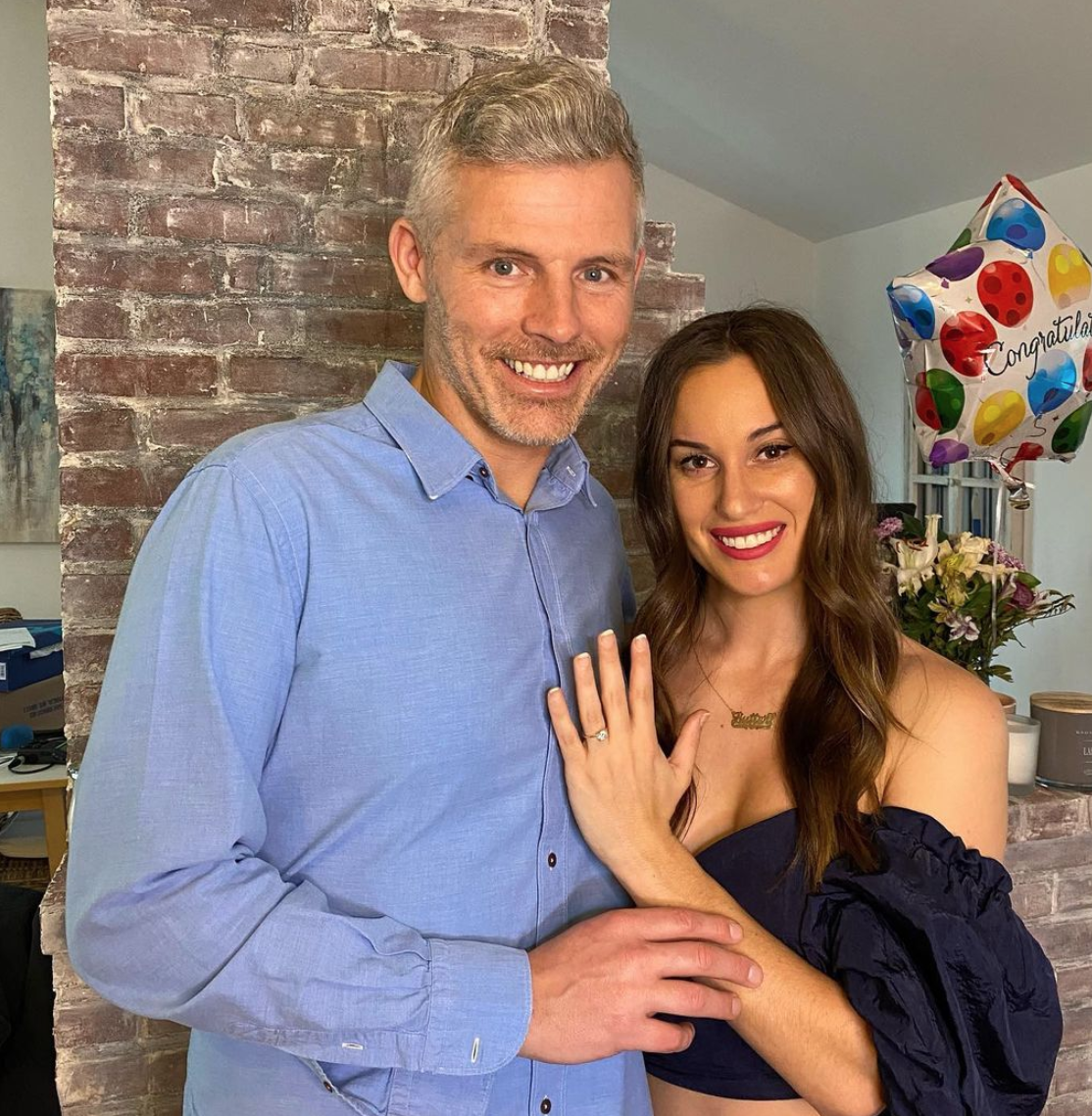 “She was going into this reality show where, in the previous season, she had actually had a pretty strong fling with one of the guys in the house so there was a lot going on.”

“I was looking to lockdown the connection before she went in there,” Des admitted.

It comes after Des revealed he and Hannah wouldn’t rule out settling in Ireland. 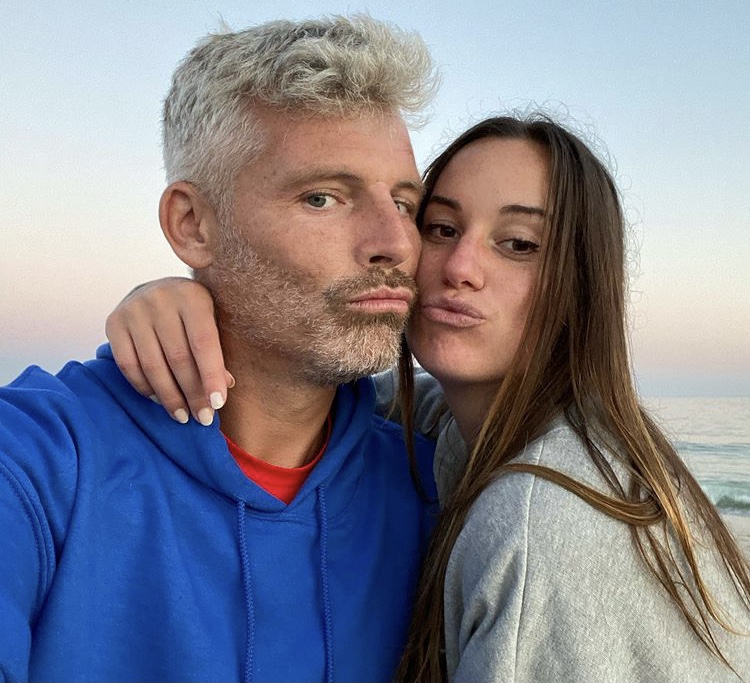