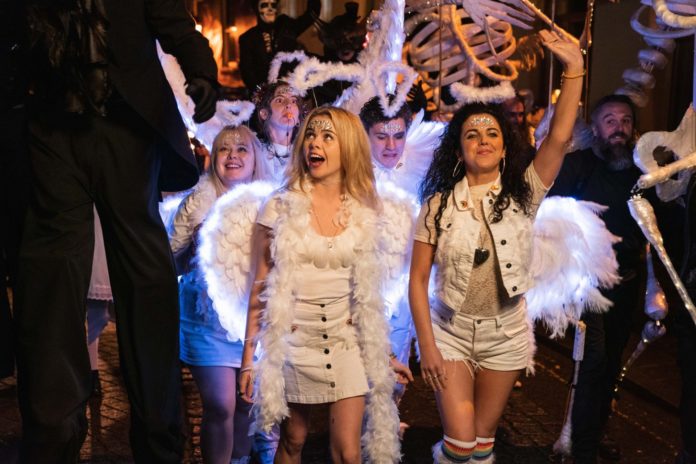 WARNING: This article contains spoilers for the penultimate episode of Derry Girls.

Derry Girls fans were left in flood of tears over a shock death during the show’s emotional season finale.

While the episode featured plenty of hilarious moments, as Orla, Erin, Michelle, Clare and James scrambled to get tickets to see Fatboy Slim, the season ended on a sad note as they discovered some devastating news. 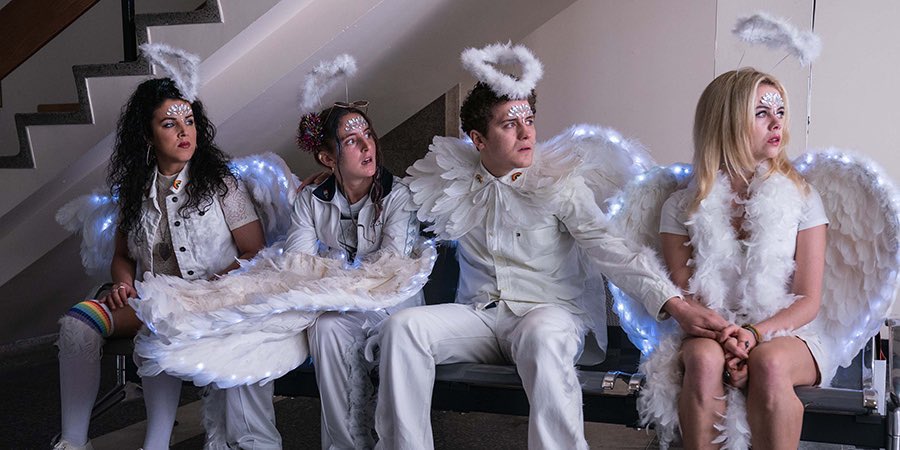 At the end of the episode, Erin’s dad Gerry had to tell the group that Clare’s dad had passed away.

Clare’s father, who had driven them to see Fatboy Slim earlier that night, had suffered an aneurysm and tragically died.

As Clare’s friends rallied around to support her, the episode ended with a heartbreaking rendition of Fatboy Slim’s ‘Praise You’.

It’s safe to say viewers were not expecting the show to end on such a devastating note, and took to Twitter to react to the season finale.

me and my family sitting in silence after #DerryGirls pic.twitter.com/Bqjs2iIr5Q

that funeral scene was so powerful. the girls and james walking with clare, the parents walking with geraldine. together. all of the emotions. yeah i’m still sobbing 💔#DerryGirls

And through it all
They offer her protection #DerryGirls pic.twitter.com/EF4AGgb19K

i am never gonna emotionally recover from that episode #DerryGirls pic.twitter.com/m44bW6kKru

#DerryGirls
me being happy her dad dies
clare has a gf pic.twitter.com/6RufIw56Ob

i am not okay after that episode, so much happened im all over the place #DerryGirls pic.twitter.com/YstPgoIW4i

Derry girls did not have to do that 🥺 #DerryGirls pic.twitter.com/zS2CELT3XW

While the season three finale left fans in bits, viewers will get some closure on Wednesday night as Channel 4 will air an hour-long bonus episode to end the series as a whole.

The episode will be set one year after the season finale, and will show the gang preparing for their final year of school.

The episode’s synopsis reads: “It’s the week of the Good Friday Agreement, but its timing couldn’t be any worse, as Erin and Orla’s joint 18th birthday party threatens to be overshadowed.”