Denise Van Outen has slammed an Ireland’s Got Talent viewer for being homophobic.

The judge of the hugely popular TV3 show, noticed a tweet from a viewer who hit out of the show for having “gay” acts.

“My children were so confused watching this nonsense this evening,” a viewer wrote on Twitter.

“A man in women’s clothes with a terrible act, followed by a gay so-called joker to an overtly gay presenter …The list goes on. It was awful.”

Denise was quick to hit out at the viewer, calling her comments blatant homophobia.

Homophobia. Not a great example to your children 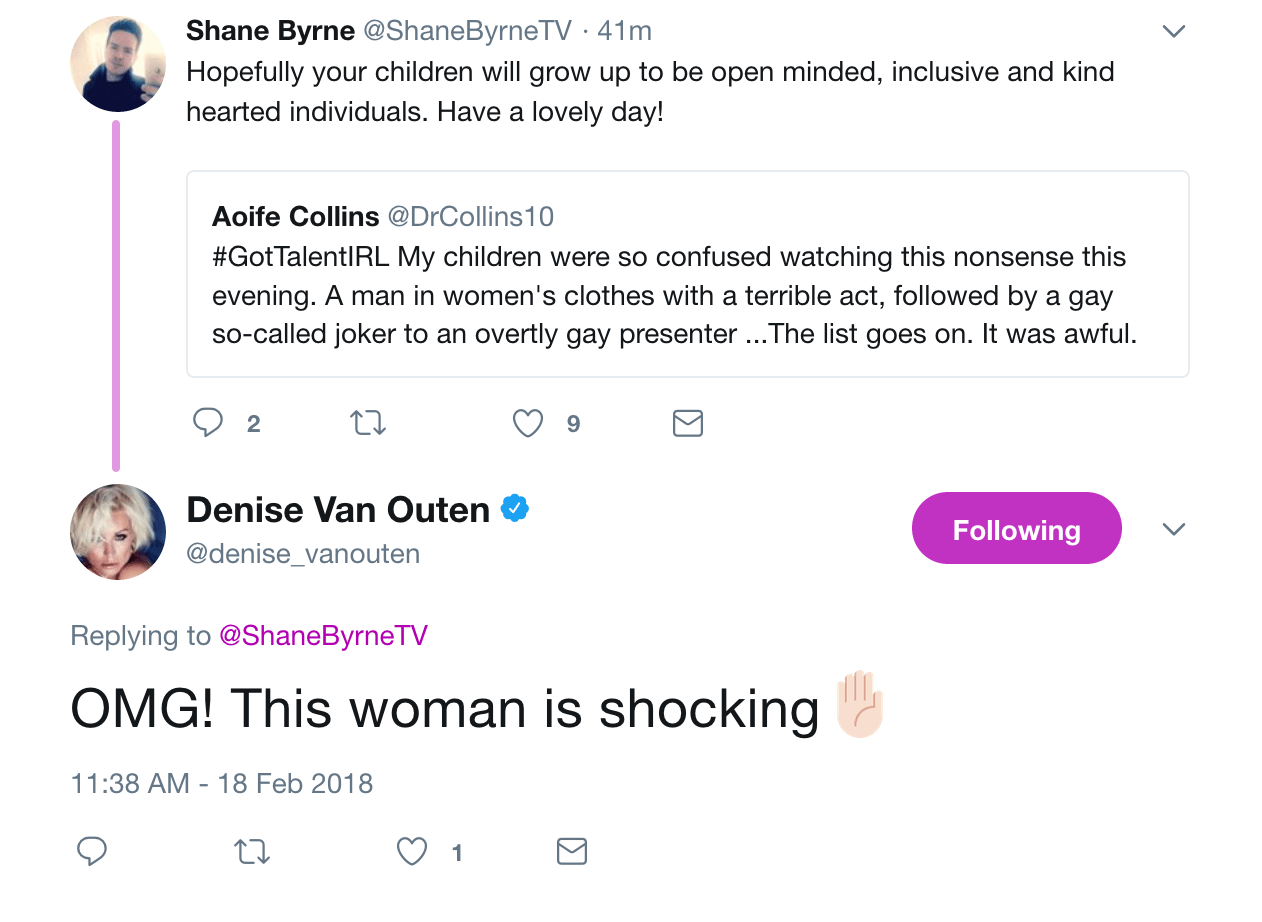 Others quickly sided with Denise,hitting out at the woman who claimed her children were “confused” and that the show was “awful”. 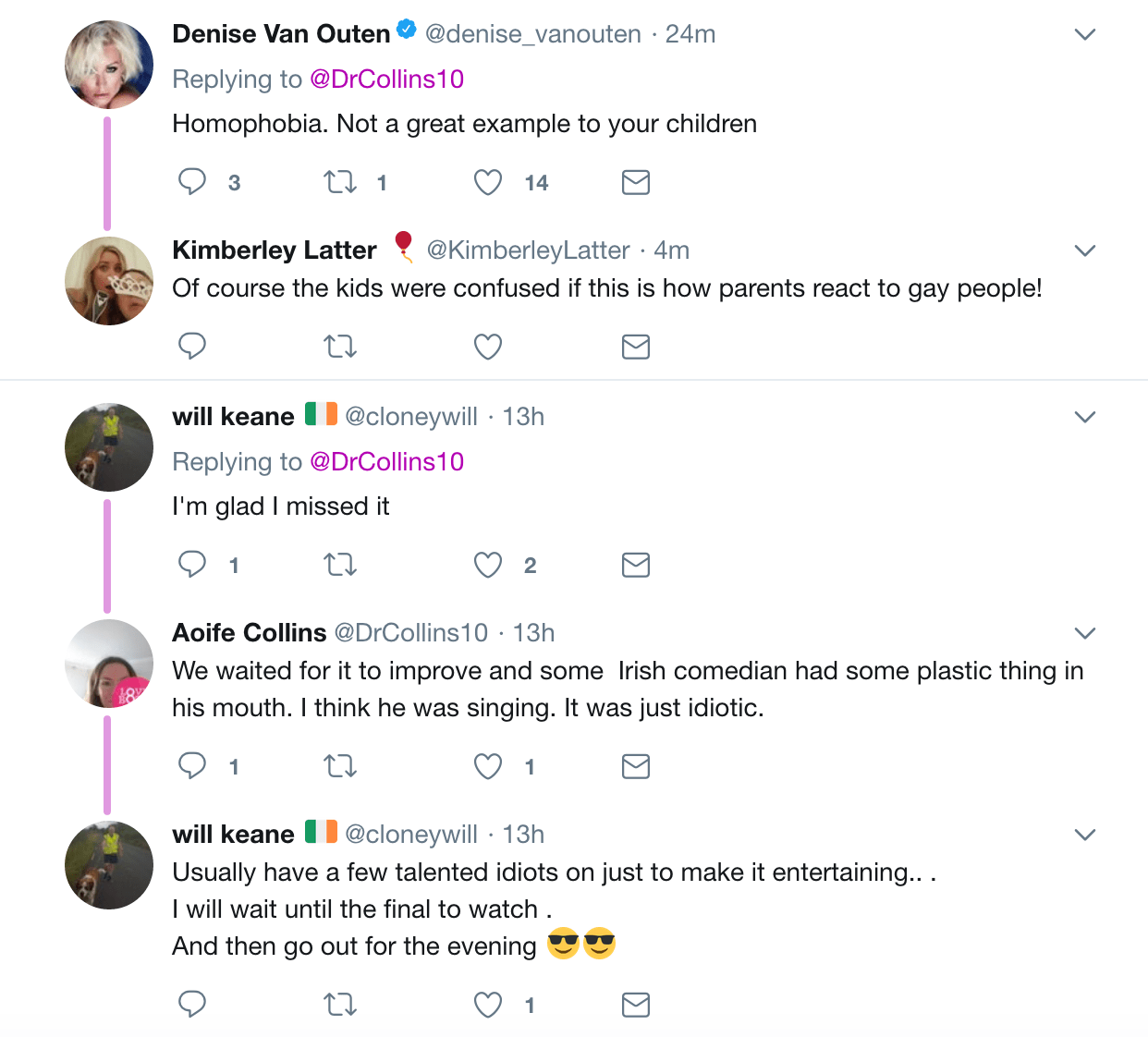 It’s clear the viewer was also hitting out at fan favourite James Kavanagh, who is co-hosting the Ireland’s Got Talent after show with Glenda Gilson.

In another tweet the viewer wrote: T”he presenter James relies heavily on his gayness. It was all over done.” 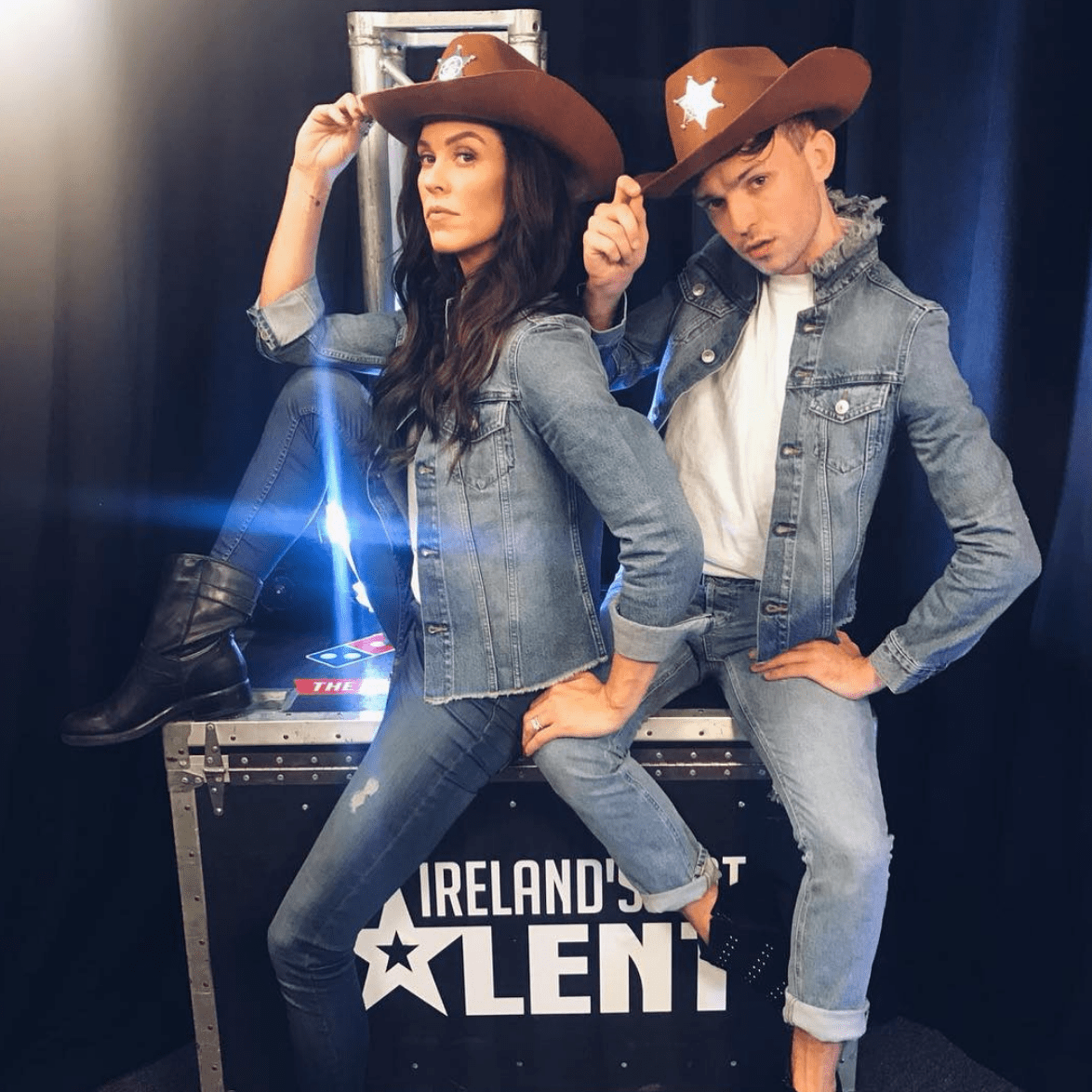 Speaking exclusively to Goss.ie, James said he was shocked to see the comments.

“It’s actually a bit scary to think she has children and is raising them to have prejudice against certain people. Hopefully they grow up to be nothing like their mum!”