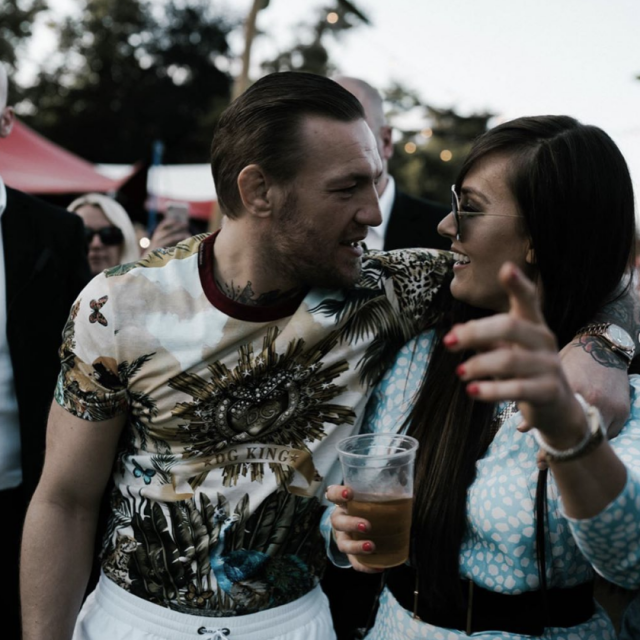 The mum-of-two made a rare appearance alongside her beau at Longitude this weekend.

The Dubliner stunned in a blue polka-dot short dress, sporting a black belt and a Gucci bag.

Taking to Instagram Dee shared photos from the festival, sipping Conor’s Proper No. Twelve whiskey as they chilled together in a VIP area. 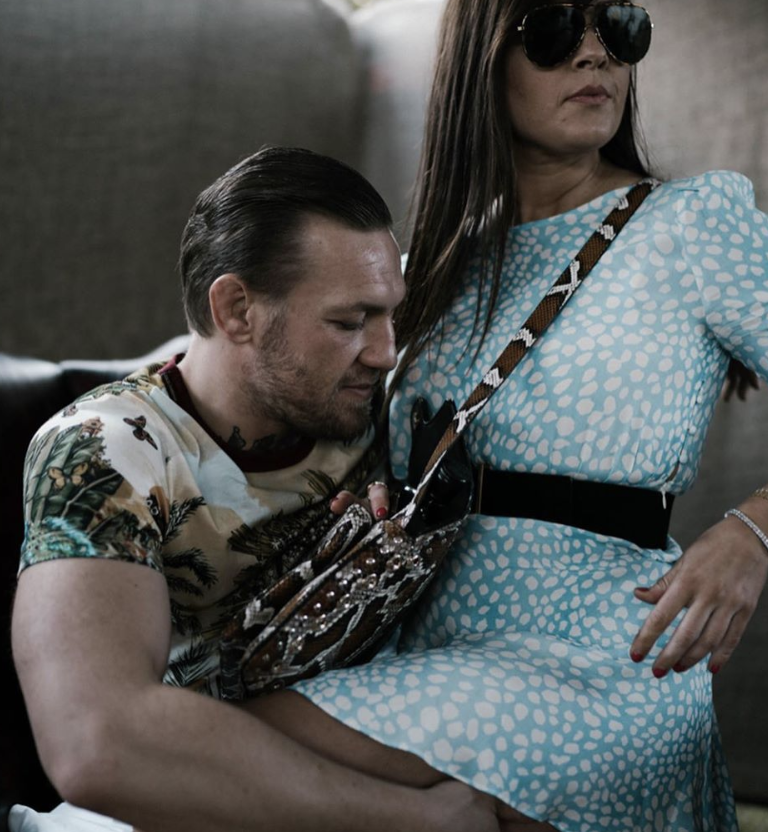 Dee was joined by Conor’s sister Aoife McGregor, as well as Erin McGregor’s daughter Taylor, as they watched artists like Future and Cardi B perform.

Conor caused havoc at the festivities, as fans ran after the UFC champion trying to get photos and videos of the multi-millionaire.

The 30-year-old shared photos on his own social media too – giving fans a glimpse into the madness on his Instagram stories. 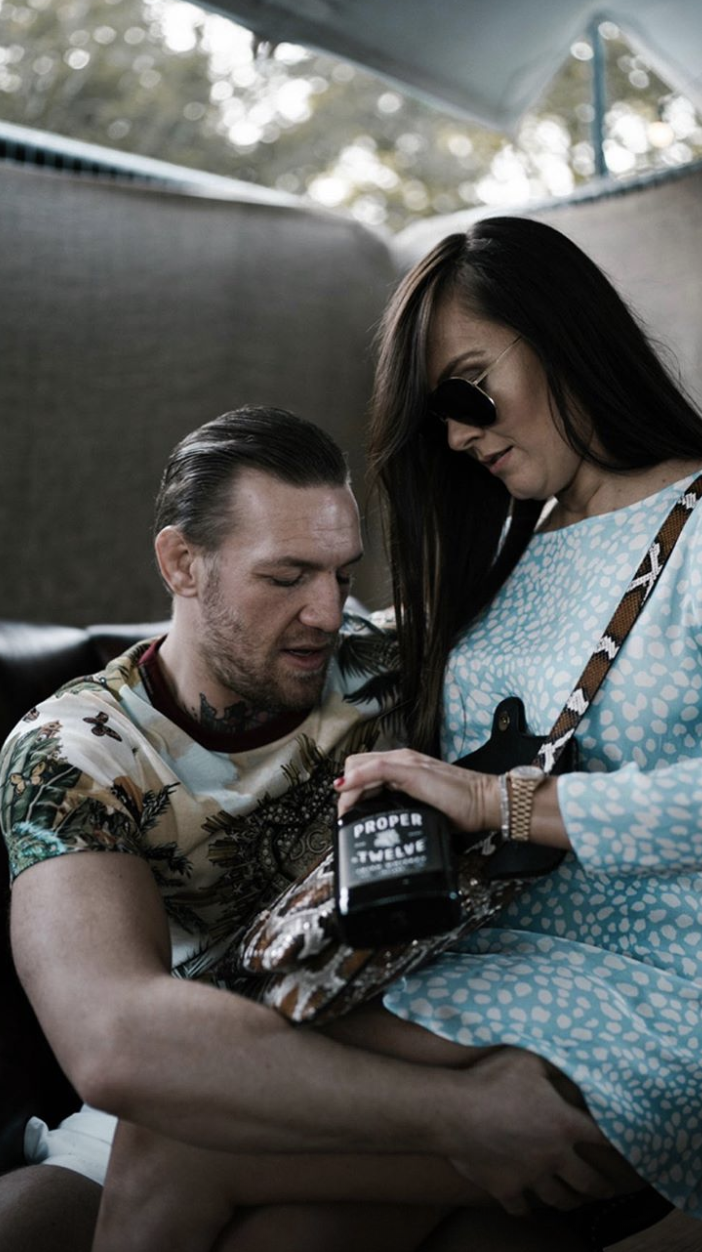 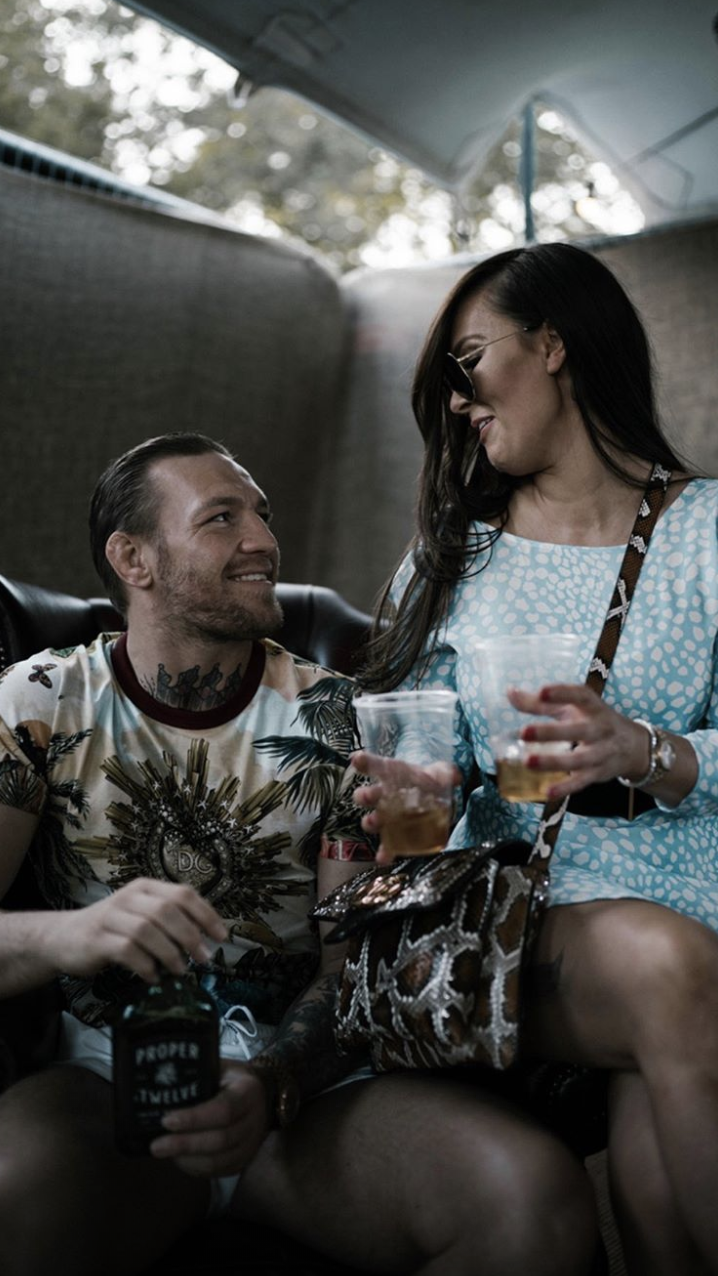 As well as sharing a photo of himself surrounded by security as he rushed through the crowds, he also shared close up pictures with Dee.

The parents can be seen laughing and joking as they share his whiskey together. 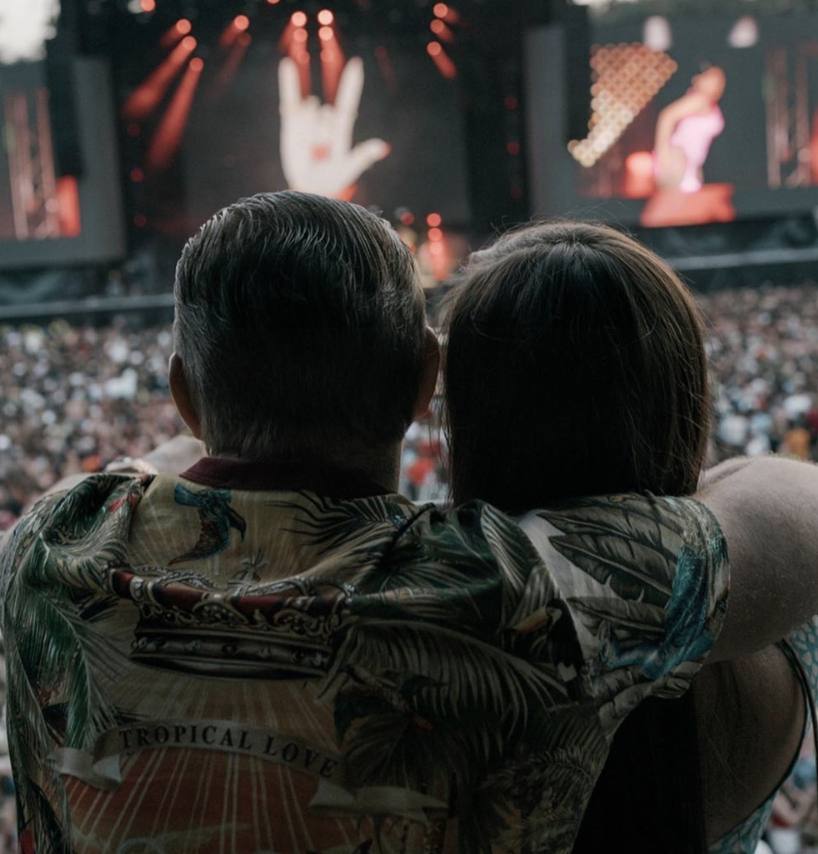 While many festival-goers posted photos and videos from the event, Dee shared professional photos of the pair from a special artist platform, as they watched acts on the main stage.