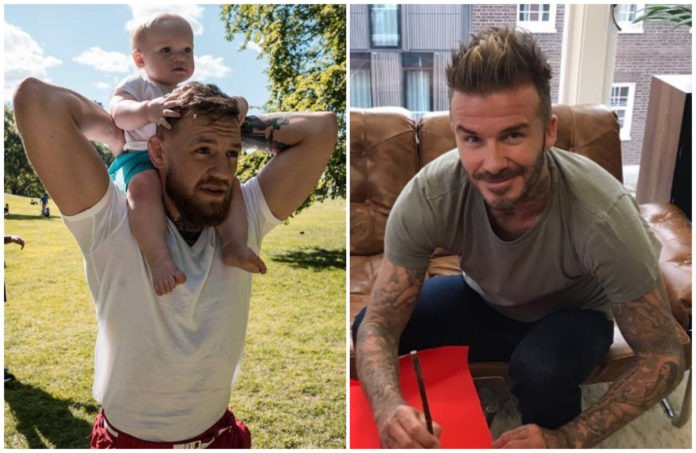 We all know Conor McGregor has friends in high places, and it looks like David Beckham is one of them.

The UFC star has been spending some quality time with his long-term girlfriend Dee Devlin and their son Conor Jnr in New York, and the couple have been sharing some cute pics online.

Posting a sweet snap of his baby son in a little dressing gown and matching slippers, Conor wrote on Instagram, “Great work today my son, I love you with all my soul.”

Great work today my son, I love you with all my soul.

The one-year-old is the spitting image of his father, and it seems legendary footballer David Beckham agrees. 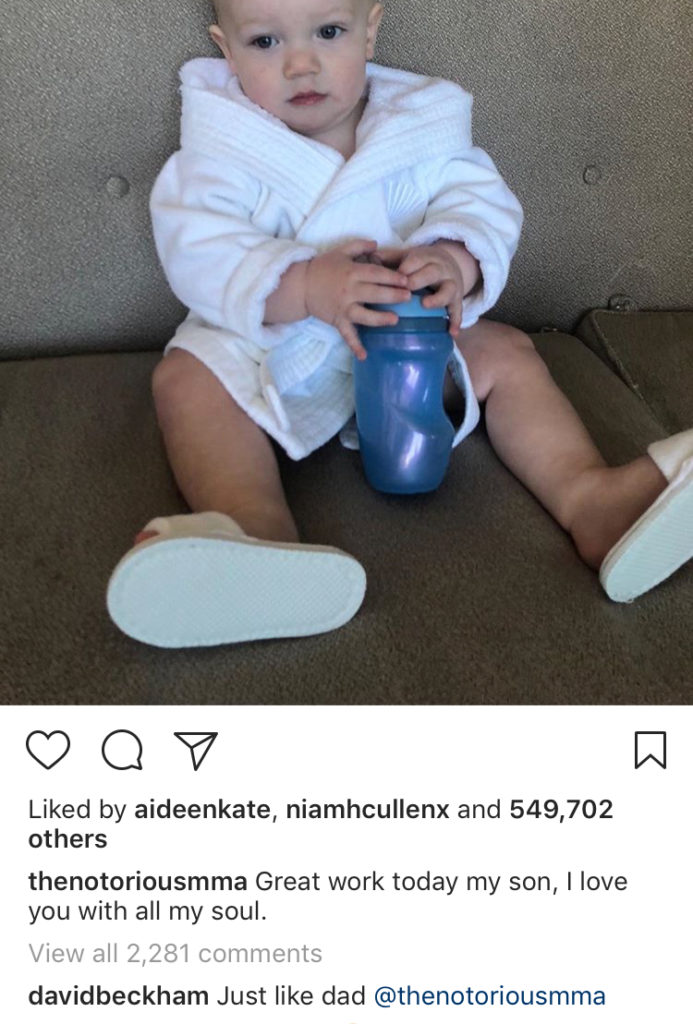 The Crumlin native has been hanging out in Central Park with his family, after he appeared in a New York court last week, after being charged with three counts of assault and one count of criminal mischief.

His court appearance lasted less than a minute, and his next hearing is scheduled for July 26th.

Since Conor’s court appearance, it’s been reported that the 29-year-old wants to help children in inner city New York as part of his community service. 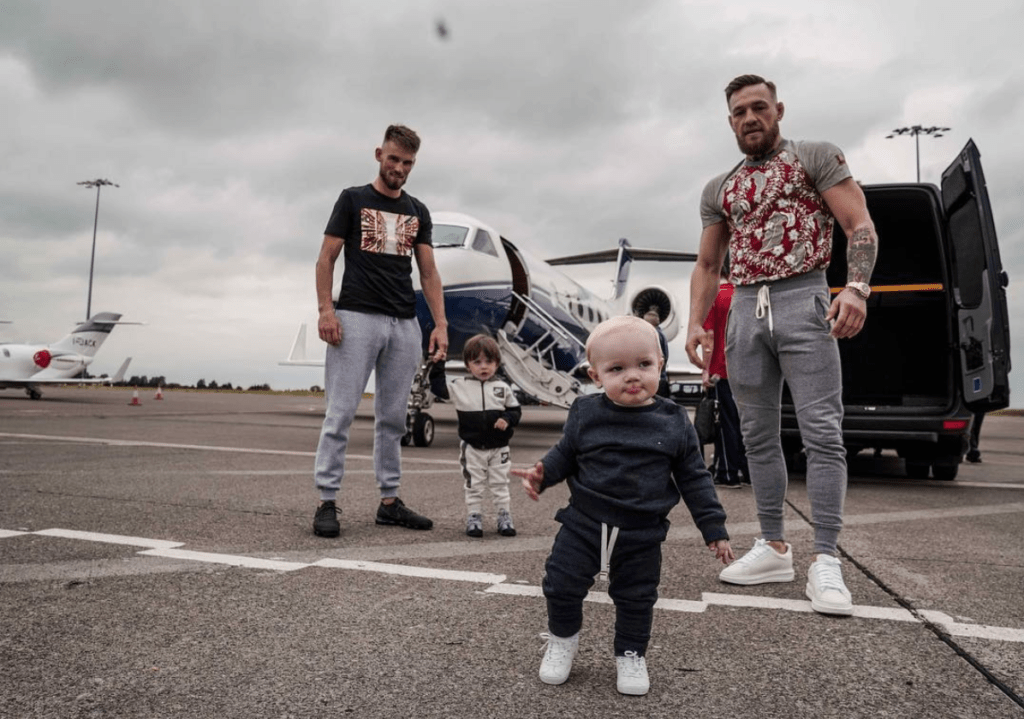 The Irish Daily Star has reported that the father-of-one is in talks with NYPD’s Police Athletic League, as he hopes to help kids by teaching them about the sport and share the skills he’s learned.

A source said, “He wants to give back and this is the best way he can do that.”

It’s believed Conor will carry this out over a week long period, ahead of his next court appearance. 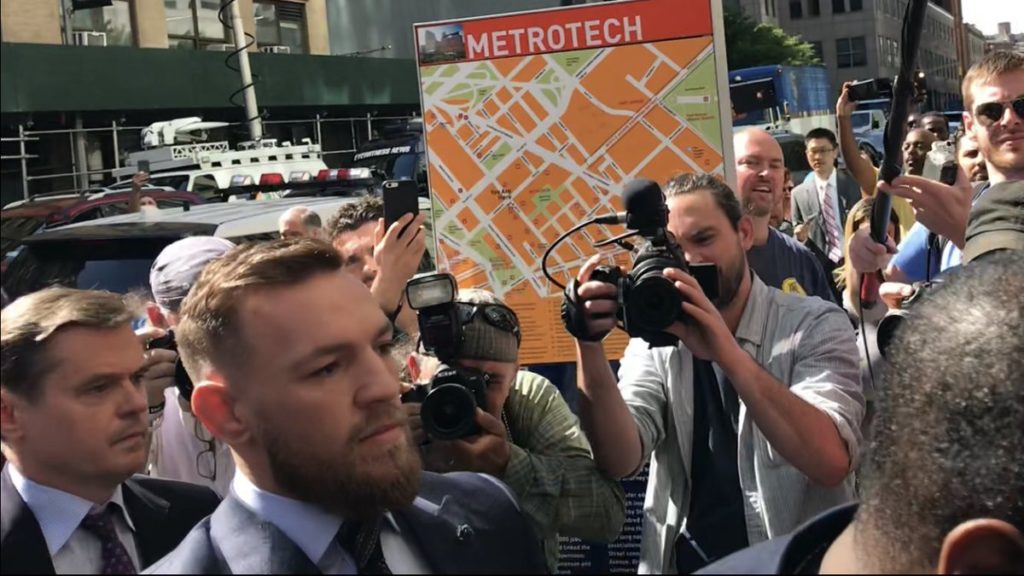