The Script star Danny O’Donoghue has revealed his heartache as his beloved mum Ailish nearly died from a brain aneurysm.

The ex-Voice UK judge retreated from the showbiz world for the last eight months after discovering the 67-year-old’s “catastrophic” medical situation.

He said: “She had a brain aneurysm on the base of her skull.

“I flew straight home and we were told she might not make it through the night. We had weeks and weeks of care and being there for her.”

And Danny – who used to date Irma Mali – revealed the tough family situation also saw a secret relationship ending as it couldn’t handle his family trauma.

The Script: With his bandmates

He said: “I have a terrible track record with relationships so I’m leaving it in the hands of my three sisters to find me someone.”

The Dubliner, 33, also opened up on his decision to quit the Voice UK – and admitted it was all down to Jessie J.

He told the Sun: “She was very tough on everybody — but that was her role. Jessie will always speak her mind.

The Voice: Before quitting the BBC series

“She’s a young girl trying to negotiate her way around the music industry and sometimes having that trouble.

“Jessie herself admitted the mystique of her career was lost because of The Voice, she turned more into a caricature of herself. But it was understandable, as she was under great pressure.

“Fame is like a magnifying glass, it accentuates you as a person. But whatever I, or anyone, might think, Jessie is a good person at heart.” 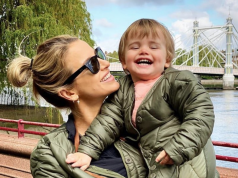