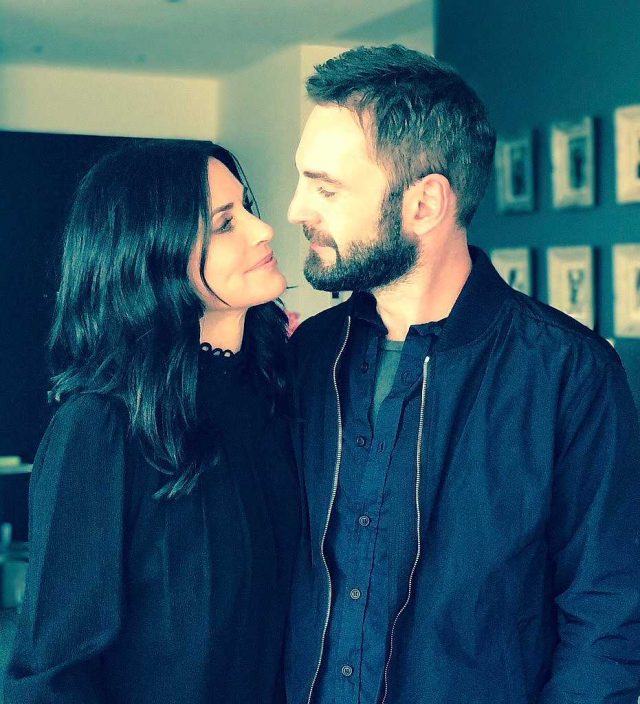 The American actress and the Irish musician, who have been dating on-and-off since 2013, were separated earlier this year due to the coronavirus pandemic.

The Snow Patrol rocker was stuck in the UK, while Courtney stayed in Malibu, California with her 16-year-old daughter Coco.

A video shared on social media this month has proved the couple are finally back together, as Courteney and Johnny thanked frontline workers in his hometown of Derry, Ireland in the run up to Christmas.

Lovely Christmas message to the Ráth Mór community, thanking everyone for their hard work over the past year, from @johnnymcdaid and @CourteneyCox. pic.twitter.com/0dy45ncEA6

In the clip, Courteney says: “We just want to thank all the people at Ráth Mór in Creggan for all the incredible work you have done this year.”

Johnny adds: “Well done guys, thank you so much for all the work, it’s so appreciated. And I know it’s been a really tough year, but here’s to a great 2021 ahead.”

Back in October, the actress revealed that she hadn’t seen Johnny since March.

“He left the next day after the whole country shut down – or at least [when] California did. I think maybe New York was before us.”

Back in July, Courteney also shared a screenshot of her and Johnny celebrating his 43rd birthday over Zoom.

At the time, she wrote on Instagram: “It’s been 133 days since we were last together. Covid sucks. Happy Birthday J … I loved our lunch/dinner (LA/London time) zoom date today. I miss you madly. #myone.”

Courteney and Johnny, who were introduced by mutual pal Ed Sheeran in 2013, split one year after they got engaged in 2014 – but they later rekindled their romance.

During an appearance on The Ellen Show last year, Courtney confirmed that her relationship with Johnny was much better ever since they called off their engagement.