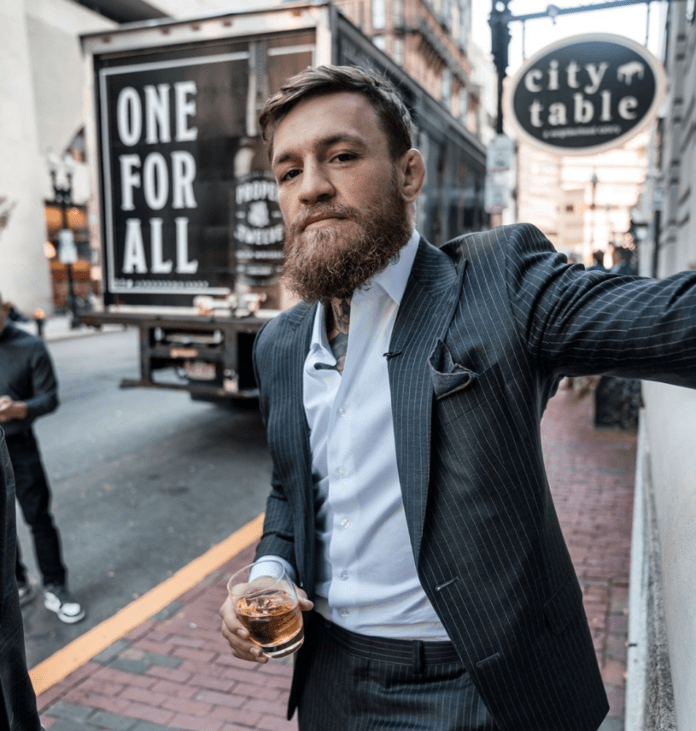 Conor McGregor has officially “welcomed” Kim Kardashian “to the family” – after it was revealed she is linked to the McGregors.

It was revealed this week that Kim is a distance relative of the Scottish Royals, going all the way back to the MacGregor clan – which Dubliner Conor has always proudly boasted his lineage to.

Taking to Twitter Conor officially welcomed her to the infamous clan. “Welcome to the family” he wrote.

Welcome to the family ⚔️ https://t.co/GZ0orgOJiW

According to the Daily Record Kim is a “distant relative” of Rob Roy MacGregor, which also links her to the first King of Scots Kenneth MacAlpin. Scottish journalist Craig Williams looked into the Kardashian clan’s history and made the discovery.

Kim’s older sister Kourtney named her daughter Penelope Scotland Disick as a nod to the family’s Scottish roots – which is through their mother Kris Jenner.

“As the MacGregors claim direct descent from Scottish kings, maybe Kim could have a claim on the throne,” Craig revealed.