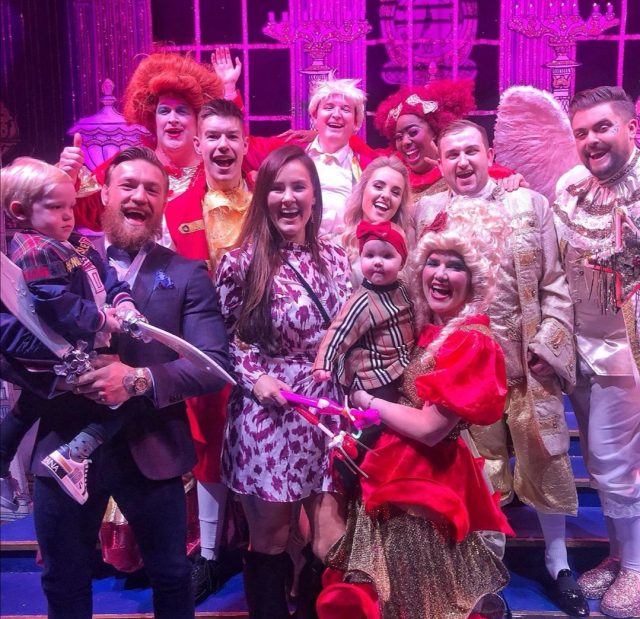 Conor McGregor turned up to Dublin’s Olympia theatre to support his sister Erin.

The MMA star was joined by his long time partner Dee Devlin and their two children Croia and Conor Jnr.

The father-of-two headed back stage to pose with the entire cast, with producer Stuart O’Connor sharing a photo on Instagram.

Erin’s daughter Taylor was also in attendance at the Stephens Night performance.