Conor McGregor, one of the world’s most well-known celebrities, showed up at Forbidden Fruit Festival on Sunday.

The UFC star rocked up to the Royal Hospital Kilmainham in a blacked out Mercedes bus, wearing a red shirt, shorts and Gucci shoes.

An onlooker told Goss.ie that the new dad was surrounded by heavy security, but still stopped to take pictures with fans.

“Conor had a lot of security with him, but he still stopped to take selfies with people.”

“Nobody could believe that he was just walking around as if he was a normal lad. He may be one of the biggest stars in the world but he still seemed so down to earth, and was happy to stop and chat to people,” our source said.

On the day, the MMA fighter was shooting with filmmaker Killian O’Sullivan.

Taking to Instagram, Killian revealed that despite being advised by the guards to stay in his VIP area for his own personal safety, Conor ignored their suggestions and partied amongst the crowds at the festival.

“Shooting with @thenotoriousmma at @ForbiddenFruitFestival yesterday was some experience,” he wrote.

Shooting with @thenotoriousmma at @ForbiddenFruitFestival yesterday was some experience. The way people shit themselves when they see him coming.. The guards actually advised that he didn’t leave his VIP area but no one tells Mcgreggor what he can & cant do. Certainly not the guards anyway. ° #Festival @bulmersireland @outcider #irish #MMA #fame #canon #celebrity #FiveLamps

“The way people sh*t themselves when they see him coming. The guards actually advised that he didn’t leave his VIP area but no one tells McGregor what he can & cant do.

“Certainly not the guards anyway,” he added.

Conor also posed for a snap with Spin 103.8 DJ and Snapchatter Doireann Garrihy.

Wasn’t gonna do day tzwo but was worth it for the blurry selfie ? @forbiddenfruitfestival 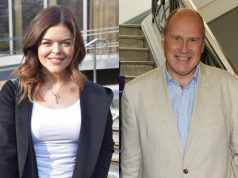 Doireann Garrihy calls out Ivan Yates for calling her a ‘snowflake’ 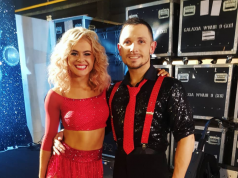 Johnny Ward responds to claims Dancing With The Stars contestants earn €3,000 a week 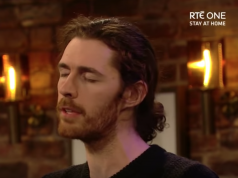