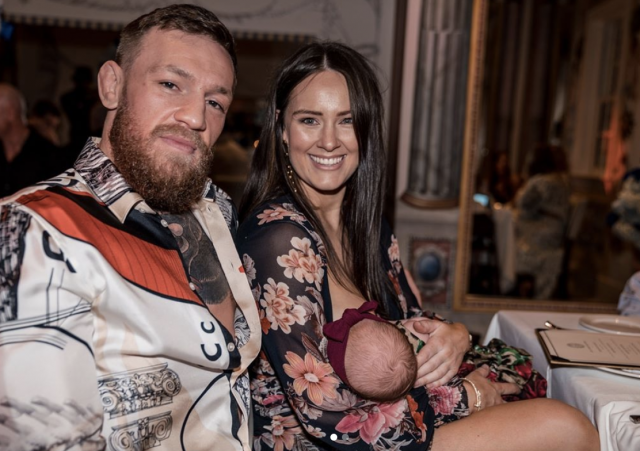 Conor McGregor has shared a rare photo alongside his daughter Croia.

The MMA star has previously shared photos and videos with his son Conor Junior, but his kept his latest addition to the family out of the limelight.

While the Dubliner posted photos with his long-time love Dee Devlin and their little girl during a recent trip to Miami, he has now shared a sweet photo alongside his new bundle of joy.

Taking to Instagram Conor posted a photo working out, with Croia beside him tucked into her pram, sporting pink leggings and tiny blue booties.

The Proper No. Twelve founder proved he is still making time for his family, alongside working on a booming business and training for his next UFC return.

In the photo Conor, 30, can be seen still wearing a cast.

The businessman recently revealed he had injured himself during an “intense” training session.