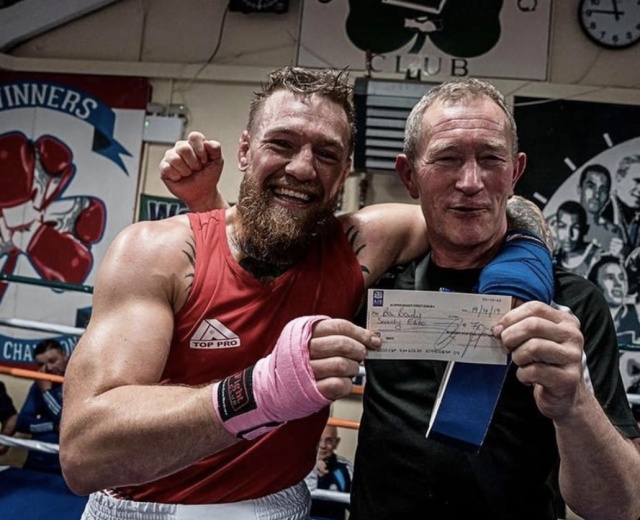 He may be one of the richest and most famous athletes in the world – but Conor McGregor clearly hasn’t forgotten his roots.

The MMA star has returned €70 he borrowed over six years ago – for “plumbing tools”.

The Crumlin native was a plumbing apprentice at the time, and asked for the loan from boxing coach Paddy Brady.

After surprising fans by competing in an ameteur boxing match at Crumlin Boxing Club, he gave Paddy back every cent.

And now he has revealed Conor is also giving funds to the facility to help with refurbishments.

“Conor is going to help us with refurbishing the gym. The gym was already refurbished, but we still have things to do with the club,” he told The Mac Life.

“We’re always in the growing process, we always want to be better for the kids and to continue to produce champions.”

During the week Conor penned a post on Instagram explaining how important the club was to him.