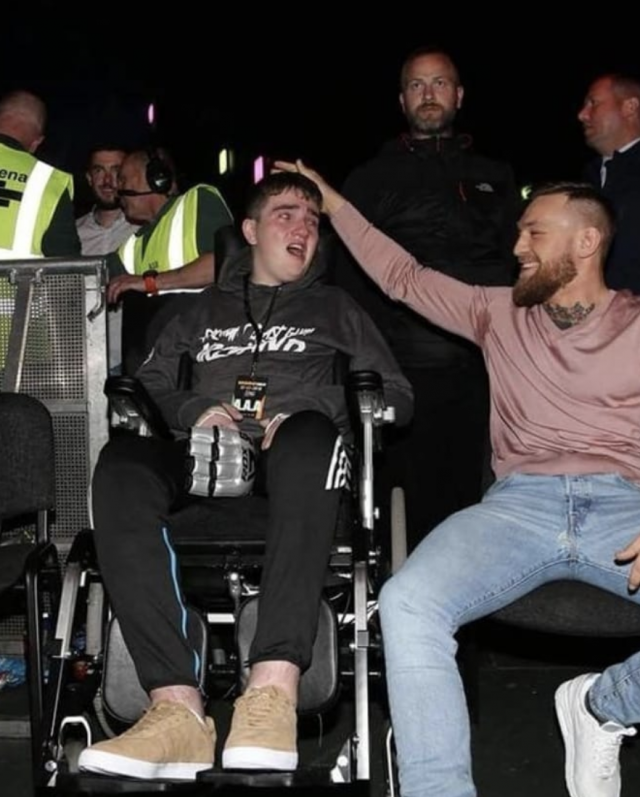 Conor McGregor has made a special tribute to a teenager who became paralysed when he was just 16.

The MMA star famously met with Ian O’Connell, after he appeared on the Late Late Show, and told Ryan Tubridy how much he admired the UFC star.

The Killarney native marked the anniversary of being on the show this year with a post praising the father-of-two. 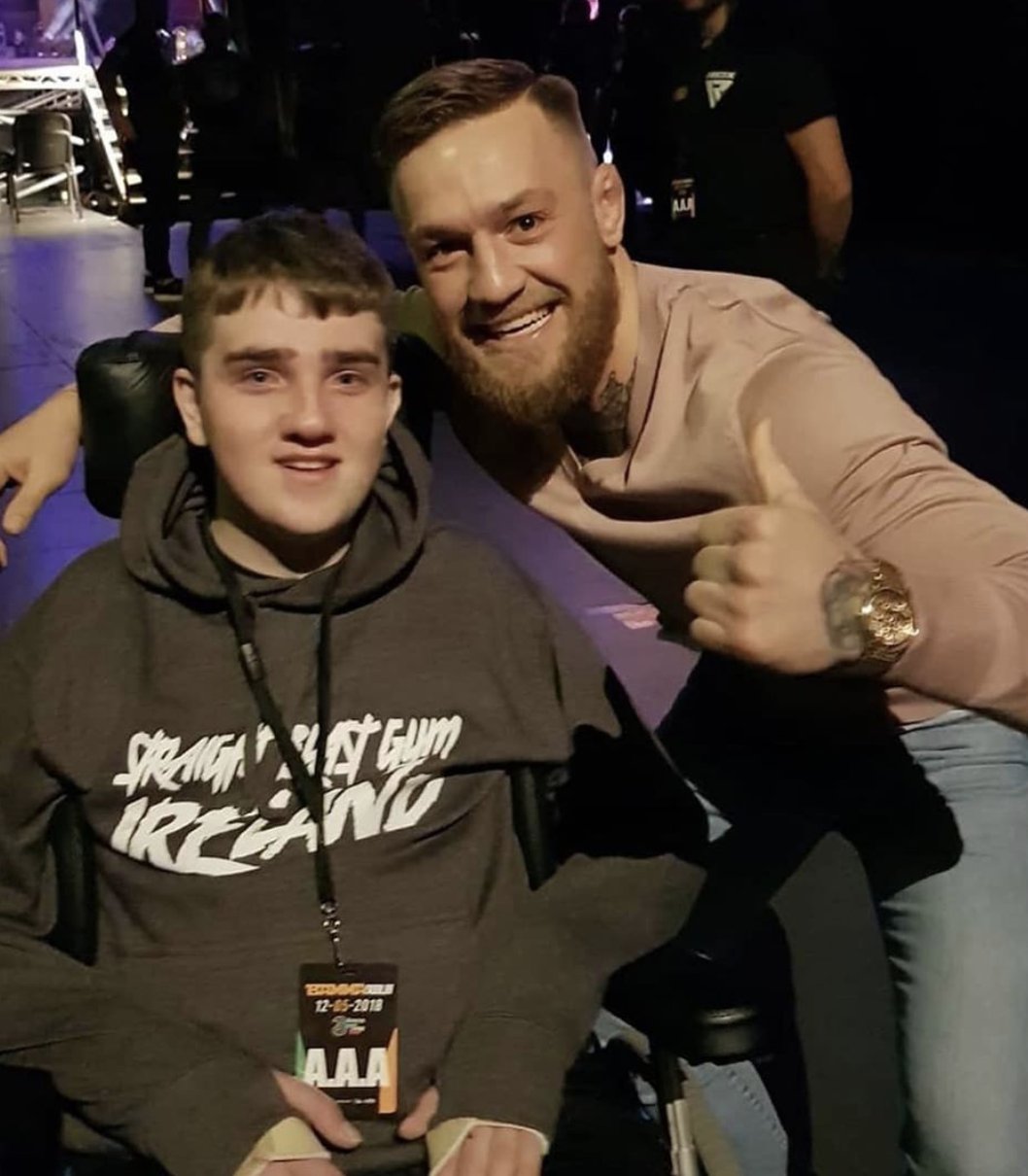 “When I was on the Late late show Ryan Tubridy asked me who I look up to. I told him I look up to @thenotoriousmma. Less than 24hrs later I end up watching the Main Card fights ringside at the 3 Arena with Conor,” he wrote.

“It’s fair to say that I nearly stood up with the fight. Cherish moment’s like these because they don’t come around very often.

“The World works in weird ways. The living moment is everything. Enjoy moments you dream about because they exceed your expectations.”

Re-sharing the post on his own page, Conor wrote from the “bottom of his heart” that he will always be with him.

“Ian brother, truly from the bottom of my heart, thank you,” he wrote. “I am with you all the way!”