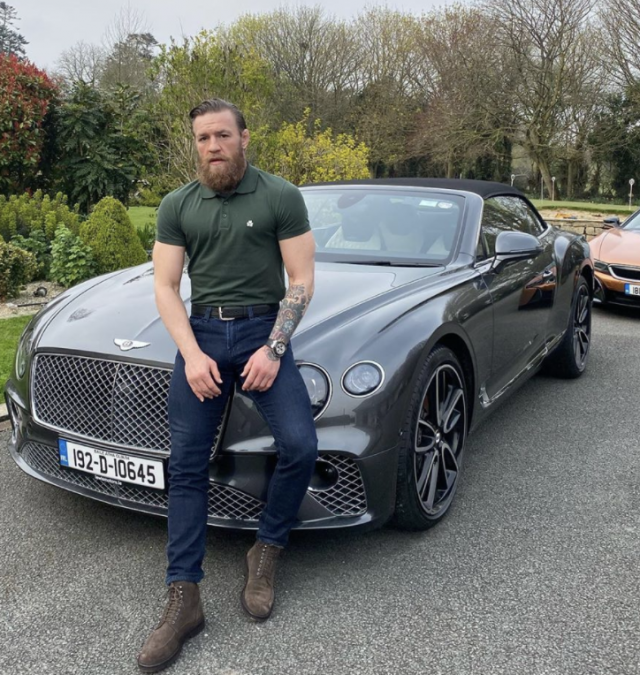 Conor McGregor pulled in a whopping €43 million in the past year – it has been revealed.

The MMA star made his return to the UFC at the beginning of 2020, and beat his opponent Donald ‘Cowboy’ Cerrone in just 40 seconds.

Now the Proper No. Twelve founder has landed back on Forbes Rich List, featuring in the world’s richest sports stars category.

According to the publication, Conor’s fight against Donald landed him a €27 million paycheque.

The father-of-two also raked in €14.4 million in endorsements , including a sponsorship deal with Reebok that pays him roughly €4.5 million per year.

Conor is also pulling in huge cash from his whiskey company Proper No. Twelve and his clothing company August McGregor.

But the entrepreneur is also well known for giving back.

The Dublin star spent over €1.3 million on protective equipment for frontline workers since the coronavirus pandemic began.

The Crumlin native even went out and delivered some of the medical supplies himself.

Meanwhile Conor, 31, has been donating to numerous charity funds, including giving €20k to Robbie and Claudine Keane’s charity fund for health workers.