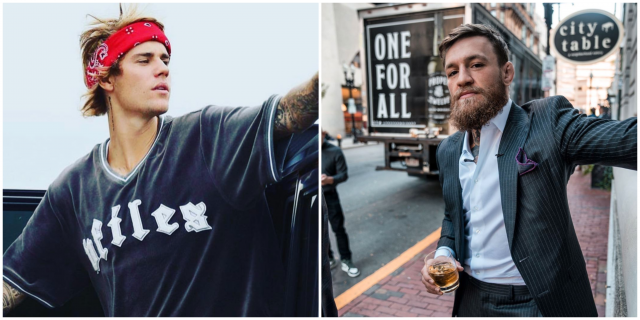 Conor McGregor is normally the one calling out people to fight – but this week Justin Bieber shocked fans by challenging Tom Cruise to a fight.

As a big fan of Conor McGregor, it’s no surprise that Justin wants to fight Tom in the UFC octagon.

While many had their own opinions on the fight offer, MMA double champion Conor said he would support the fight.

If Tom Cruise is man enough to accept this challenge,
McGregor Sports and Entertainment will host the bout.
Does Cruise have the sprouts to fight, like he does in the movies?
Stay tuned to find out! https://t.co/TxsH9KUyFg

“If Tom Cruise is man enough to accept this challenge, McGregor Sports and Entertainment will host the bout,” the Dubliner revealed.

Does Cruise have the sprouts to fight, like he does in the movies? Stay tuned to find out!”

Conor himself is still looking to fight Mark Wahlberg, for shares in the UFC – with the Proper No. Twelve creator making it clear he wants shares in the company before he returns to fight.

I challenge Mark Walhberg on the very same card.
Back when mark wahlberg was marky mark, I’d’ve still slapped the ears off him and took my ufc shares back.#Shares #Streams #Dazn #Espn
McGregor Sports and Entertainment

Listen to the latest episode of The Gosscast, where we have decided to switch things around – and interview our very own Goss Boss, Ali Ryan.

This week we celebrated 5 years in business, and to commemorate the achievement Goss.ie Editor Kendra Becker sat down with Ali to talk about everything from her childhood, to chasing her dreams, to the low points in business.