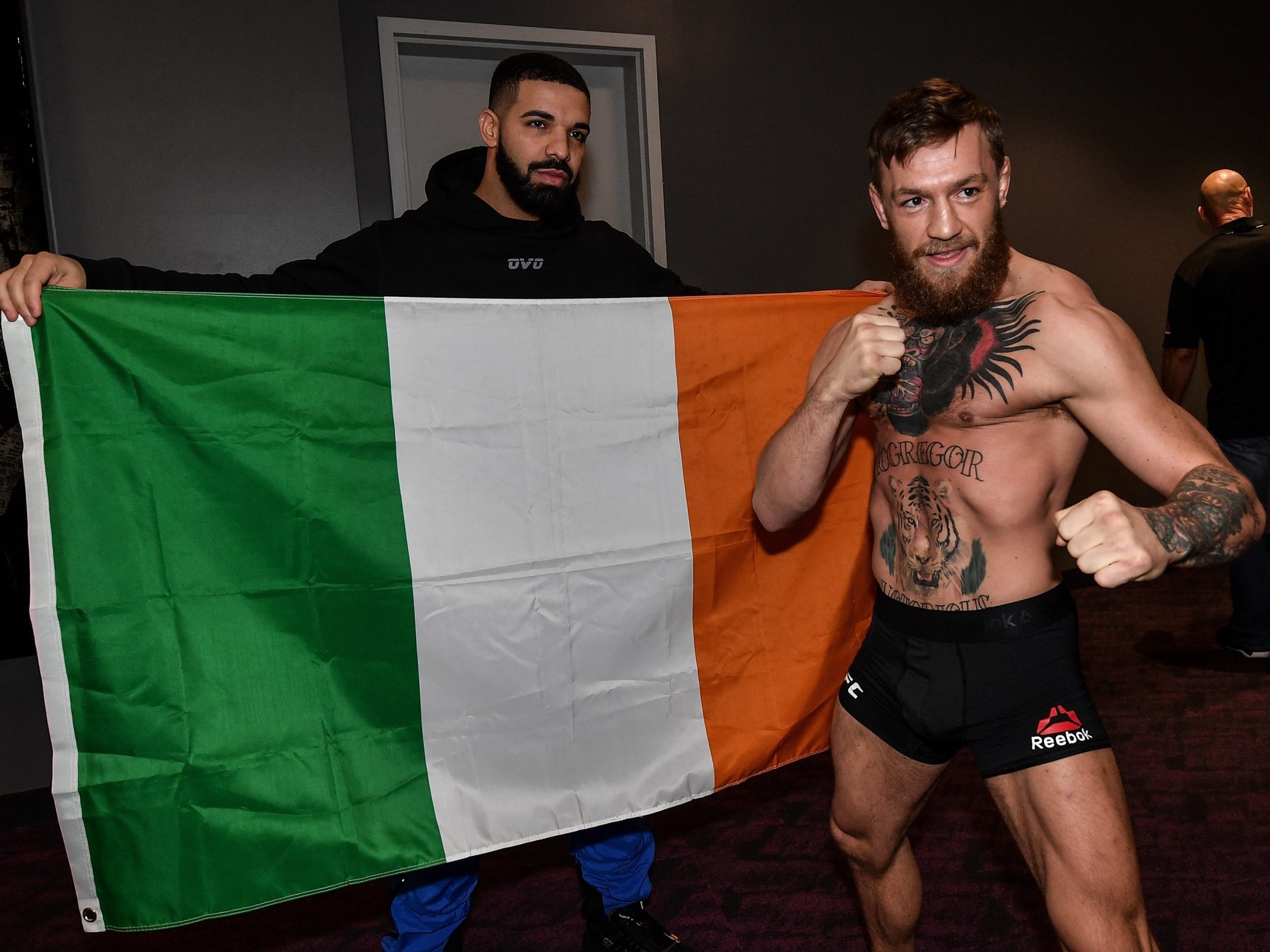 Conor McGregor has given Drake a special mention – as he announced some big news.

The MMA star has revealed his whiskey brand Proper No. Twelve has finally landed in Canada.

Canadian fans of the multi-millionaire had been asking the UFC star to bring the best-selling brand to their turf, and finally the whiskey has landed.

Conor’s close pal Drake is also Canadian and made sure to shout him out as he made the announcement on social media.

“Shout to my man Drizzy Drake the Champagne Papi, coming from me the Proper Don,” he said in a promo video for the brand.

Drake famously appeared onstage alongside Conor during the weigh ins for his Las Vegas fight against Khabib Nurmagomedov, and shouted out the Dubliner when he performed at the 3Arena earlier this year.