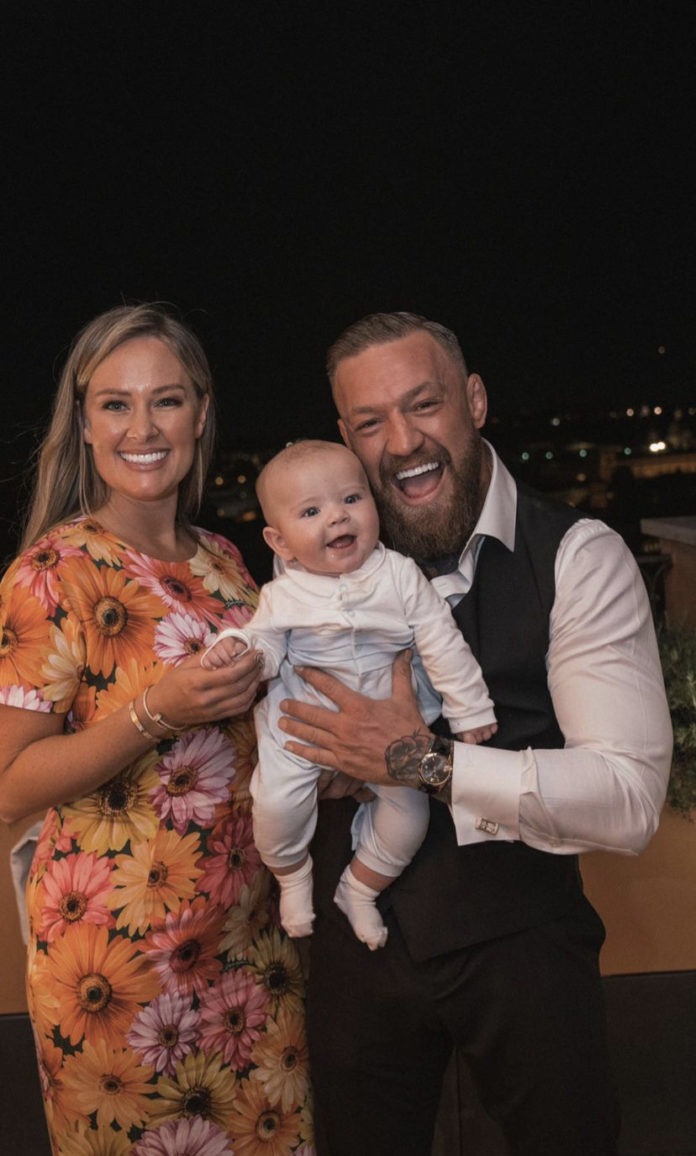 Conor McGregor and Dee Devlin’s youngest son Rian has been christened at St Peter’s Basilica in the Vatican.

The MMA fighter and his wife-to-be welcomed their baby boy in May, and invited their friends and family over to Rome this weekend for his lavish christening.

In photos published by the MailOnline, the McGregor family were seen arriving at the church on Saturday afternoon for the special occasion. 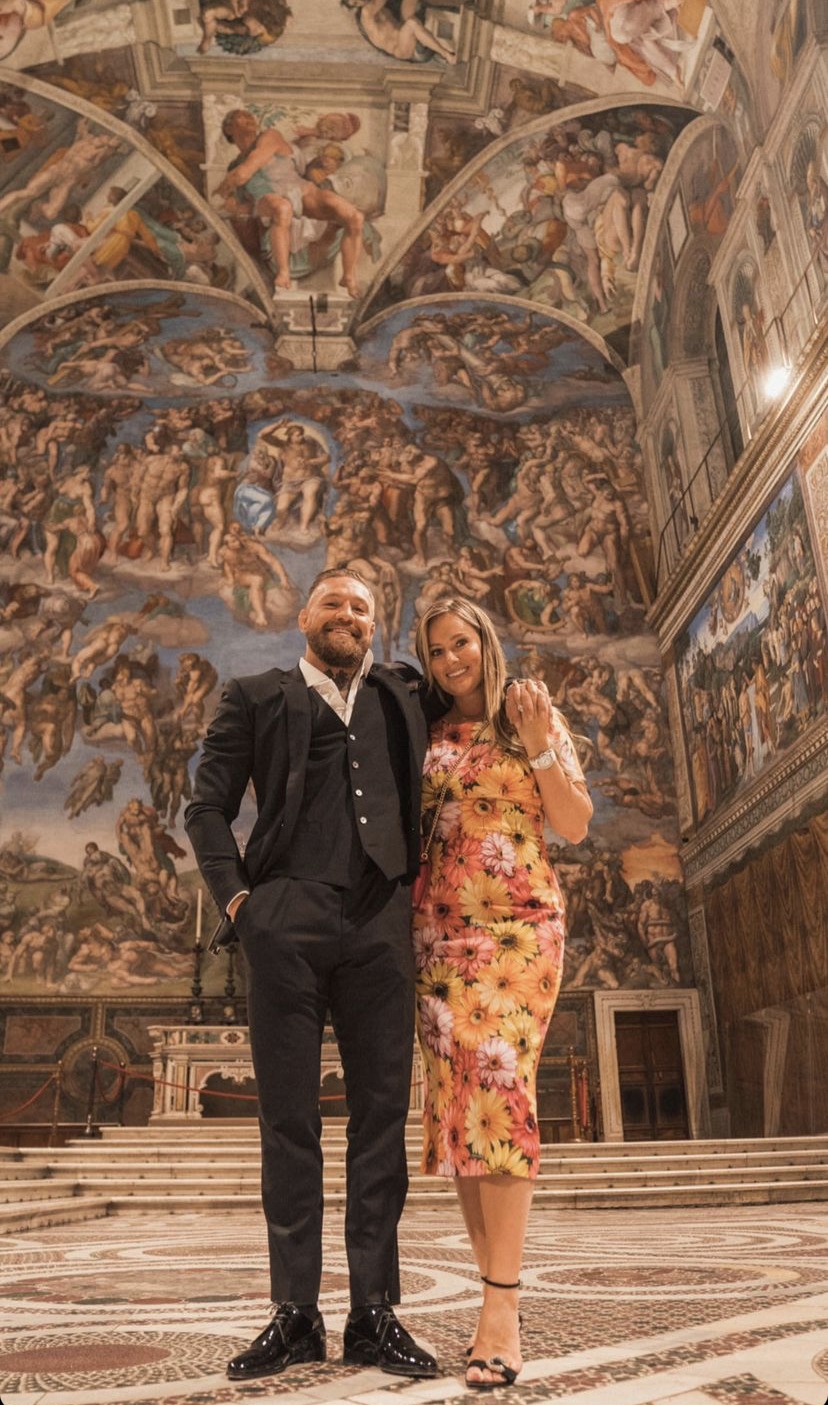 Conor wore a three-piece navy suit with a crisp white shirt, a polka dot blue tie, and brown shoes on the day, while his fiancée Dee wore a black midi dress and black heels.

Their two-year-old daughter Croia, who was carried around the church by her father, wore a yellow and black print dress paired with matching shoes and a matching handbag.

The couple are also parents to a four-year-old son named Conor Jr.

Conor, Dee and their family and friends travelled to Italy in style, as the Crumlin native booked a private plane to bring his nearest and dearest over for the special occasion.

After jetting into Rome, Conor treated the entire group to a rooftop dinner at the luxurious Hotel De La Ville.