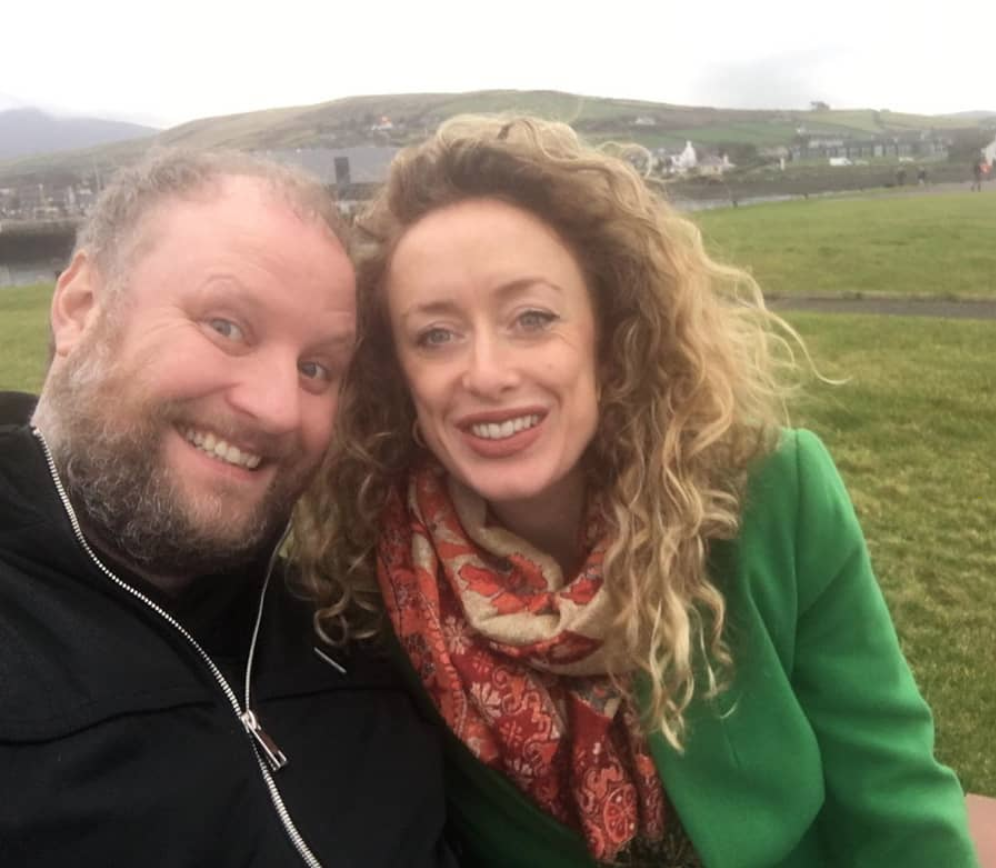 The couple, who are currently expecting their first child, got engaged three months ago – but “forgot” to announce it.

Speaking on The Shift podcast, Julie said: “Myself and Fred got engaged but we didn’t say it to anyone.”

“We actually got engaged about three months ago. I forget because we didn’t tell anyone. We were like, ‘Who cares in the lockdown if you’re engaged.'”

“Sorry I completely forgot. It’s at the stage now where I feel we can’t say on social media we’re engaged. I must sit down one day and just tell people. Sure what does it even mean? It means nothing. We said we’d do a registry office thing.”

Julie continued: “The engagement story is kind of funny because I was walking down and Fred – this is in April or May and there was no one around.

“As I turned the corner I see this guy, he’s known as mad Mick so you can visualise him. We all know him already like don’t we? So I see Mike and he’s there with his Bulmer’s or whatever, happy out.”

“And then I see Fred who is what I thought lying on the ground, I thought he was after having a fall so I start running over to see was he OK.

“And then Mike is like, ‘I can’t believe what I’m witnessing is this for f***ing real?’ He was on his own I don’t know who he was speaking to probably me.”

“But then I went over and Fred proposed and I was like, ‘Oh yeah great. Thank you. Absolutely. Sure we’ll do it.’ And then Mike shouts across, ‘Well did you say yes Johnson you slapper?’