The political correspondent won the hearts of the nation earlier this month, thanks to his insightful coverage of the US election on CNN – and his now-famous ‘magic wall’.

John spoke with Miriam on her RTÉ Radio 1 show ‘Sunday with Miriam’, where revealed he was “100% Irish”.

“I’m Irish-American, I guess, my dad’s family was very proudly Irish,” he explained.

“[That] has been a heart-warming part of this exposure – my little five minutes of fame, if we wanna call it that – is that it’s stirring up all these great family histories.

“My mission out of this election is, I keep telling [cousin Jacqueline Kenny], I’m gonna come visit as soon as I can.”

John revealed that he was looking forward to meeting his cousin for “more than one pint” in Keoghs pub in Ballyconneely, Co. Galway.

“I’ve been to Ireland several times, but always for work… never as a visitor or tourist just to retrace my roots,” he explained. 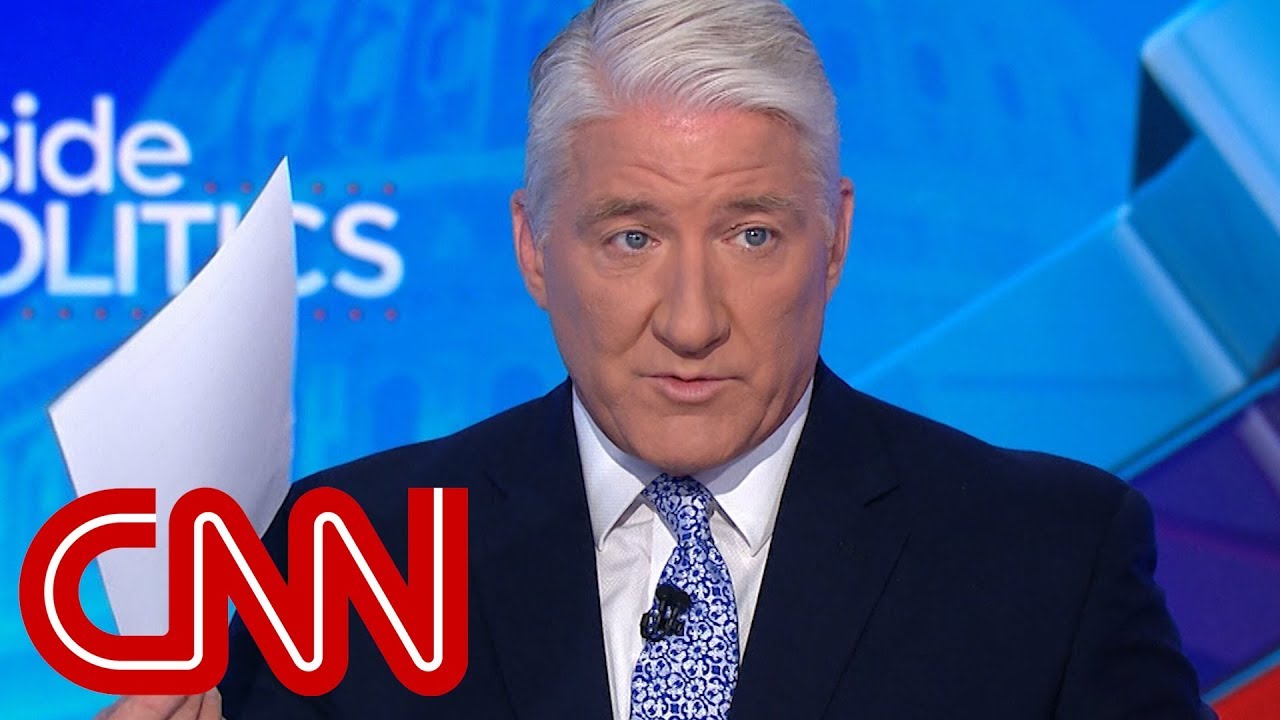 “I’ve done my research on you too,” John told Miriam, “I’m told that you’re the premier broadcaster in Ireland and you’re the best.

“Someone described you as the Oprah of Ireland to me,” he added.

John opened up about what Joe Biden’s presidency would mean for Ireland, telling Miriam that it would be a “good thing” for the country.

“Joe Biden loves to stress his Irish roots. And so of all the countries in the world who could think, ‘we’ll get more attention’ or our phone calls are gonna get returned’ or that ‘Team Biden will pay attention to us,’ I think Ireland can be very happy.”

The king of the American presidential elections, @JohnKingCNN will be talking with @MiriamOCal tomorrow at 10am and he's looking forward to a pint in Keoghs when he makes it over to Ireland! 🇺🇸🇮🇪 pic.twitter.com/lx4sSwjSJH

Earlier this month, John delighted his Irish fan base when he responded to Lisa McGee, the creator of Derry Girls, when she asked whether he was Irish yet.

When he was asked to share more details about his Irish roots, John tweeted: “It begins in Doonloughan, and a visit is long overdue.”

The broadcaster later admitted the outpour of love from Irish people on Twitter was “very kind and flattering”.

Speaking to the Irish Times, he said: “But what it is most of all is proof the world has high interest in the constant turmoil of Trump, and America’s choice about what it wants to be as a nation and where it chooses to stand in the world.”

“I just happen to have a remarkable tool to help walk through the chaos. But the big win is the reminder I am so long overdue to walk the streets of my roots – and check in to make certain the beer is still good,” he added.