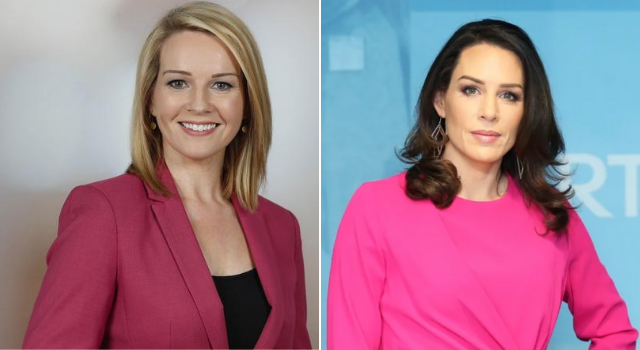 Claire Byrne has slammed recent suggestions of a “war” between her and presenter Sarah McInerney as a “construct”.

The presenter was announced as the new host of RTÉ Radio 1’s Today programme, taking over from Sean O’Rourke, while Sarah had been covering the show for months.

When news broke, many shared their sadness at Sarah losing out at the role, and now Claire has said two men would not have been pitted against each other in the same way.

“People try to create these things all the time,” Claire told the Sunday Independent.

“Before it was me and Miriam (O’Callaghan), now it is me and Sarah. If I were a man, if Sarah was a man, nobody would say any of these things.

“This is a construct because we are women,” she added.

Speaking about landing the top-tier show, Claire, 45, said “I know I am good enough”.

While the mum-of-two has landed the highly sought after gig, the station confirmed that Sarah’s next project would be announced in the coming weeks.