The former CEO and the FAI have been at the centre of controversy over the past few weeks, after The Sunday Times reported that he had given the FAI a “once-off bridging loan” of €100k to aid a “very short-term cash ﬂow issue”.

Amid their financial controversy, Brendan told the Irish Sun: “Like everyone else Jenny and I were invited guests at John’s 50th birthday party.”

“We were invited by Emma [John’s partner], not John, as I think the party was a surprise for John. My performance was a spontaneous roast of John which I was delighted to do for a bit of craic. John and Emma are friends of ours.”

He continued: “The only financial transaction between ourselves and John Delaney or the FAI is the €500,000 we are putting in to fund Dr Alan Byrne’s programme to have young boys and girl football players hearts tested in an effort to prevent SAD [Sudden Adult Death Syndrome].”

“We have six grandsons, one of them, I’d rather not mention his name, was aged ten and out playing schoolboy football when he got a ball in the stomach.

“It badly winded him and he passed out and was taken to hospital. We found out that this triggered diabetes. I thought to myself, ‘what if that had been heart failure?’

“There has to be a way we (Mrs Brown’s Boys) can get involved to make sure that small clubs can get their kids screened,” he said.

“The FAI’s came to us with a programme where they could screen a thousand kids, and we said what would it cost to do them all, over six years which is what we are doing.”

The news comes following reports that Irish model Nadia Forde was paid to dance with John at a charity Strictly Come Dancing event back in 2013. 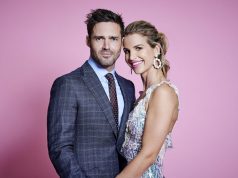 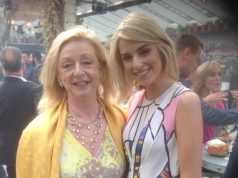