The popular panel show, which aired weekly on Monday nights from 10:35pm, ended in May after seven years.

A brand new current affairs panel series, launching on October 3, will take the Monday night slot until the end of November.

The eight-part series will see each hour-long programme dedicated to a major issue impacting people’s lives right across the country.

Each week four panellists will join a presenter in studio with additional live contributions from invited guests.

The panel discussion show will deal with the major issues affecting people, including the housing shortage, childcare, and climate change. 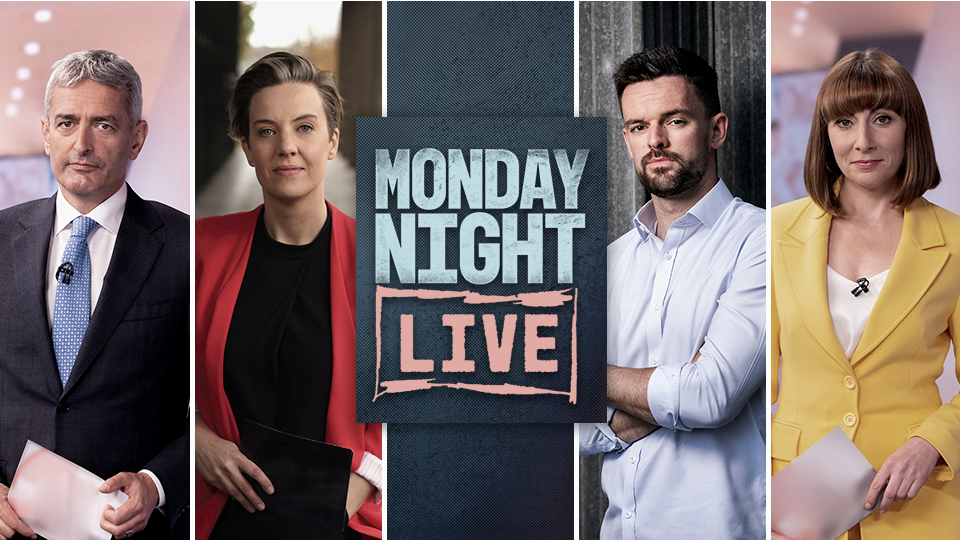 The first programme, presented by David McCullagh will examine the impact the cost-of-living crisis is having on people across the country and the challenges people face every day as many of them struggle to survive.

From rampant food inflation to spiralling energy prices, we hear how this autumn many are faced with having to decide between food or heat.

David will hear from both Government and opposition politicians, and will speak to business owners, economists, industry figures and those most affected by the crisis about how it could impact as the winter months approach.

Ahead of presenting the first episode of Monday Night Live, David said: “I know so many people are feeling the impact of the spiralling cost of living every day, it’s one of the first things people are talking about.”

“We are going to take an in-depth look at an issue on our new programme, hear from some of those affected, and see what solutions might help them.”