Bonnie Ryan has thanked her followers for their kind words after announcing her engagement.

The star shared a series of snaps from her engagement party last night, after breaking the news to her almost 50,000 followers on Instagram.

At the party last night, the bride to be posed in front of a bunch of engagement themes balloons.

Bonnie’s sisters Lottie and Babs were in attendance, as well her brothers Elliot and Rex and her mother Morah.

The couple’s engagement cake reflected the Big Apple, where the proposal took place. 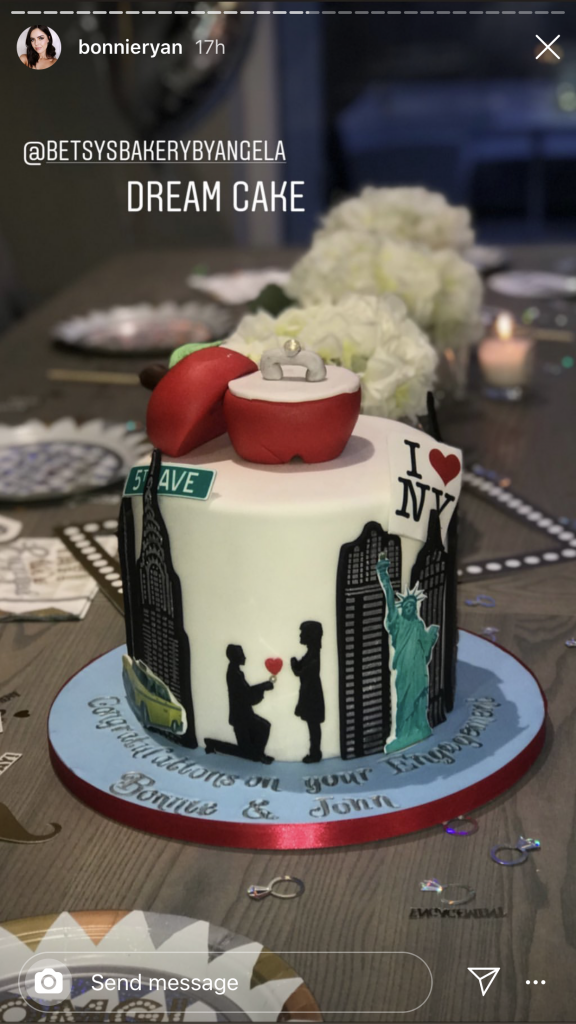 “I am fully blown away,” Bonnie revealed via her Instagram story.

“Thank you so much to every single person that has messaged me and commented, I don’t even know what to say to be honest.”

“I’ve just had the most incredible week ever, I’m so so happy.”

“Genuinely thank you so so much for all the love on my photo. I was actually really nervous about posting that photo because I don’t post stuff like that.”

Bonnie wore a stunning gold sparkly dress for the occasion – which featured on this weekend’s GOSS Lust List – from Zara.

The couple recently bought their first home together, and Bonnie has been documenting her experience decorating it.