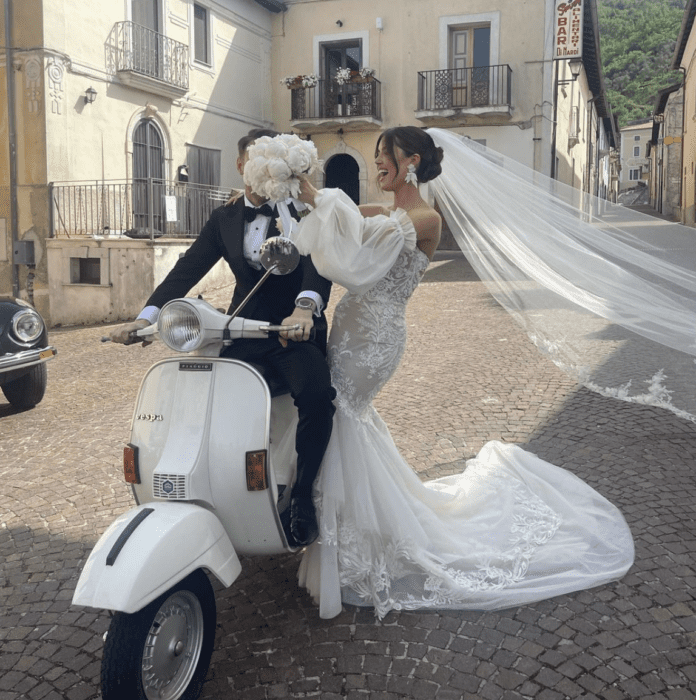 Bonnie Ryan married her teenage sweetheart John Greenhalgh in front of her closest family and friends at a sentimental location in Italy today.

The couple, who legally tied the knot in Dublin back in March, exchanged vows for the second time at St. Augustine’s Church in the village of La Machi.

The 29-year-old’s older sister Lottie married her Italian husband Fabio Aprile at the exact same church back in 2017.

Sharing the first photo from their wedding day on Instagram this afternoon, Bonnie simply captioned the post: “Husband & Wife.”

The bride stunned in an embroidered fishtail gown, which featured detachable balloon sleeves, and a long train at the back.

In the snap, Bonnie posed next to her husband John as he sat on a cream Vespa, but the makeup artist kept his face hidden with her bouquet.

While Bonnie regularly mentions John on Instagram, she’s never shared a photo of his face on social media. 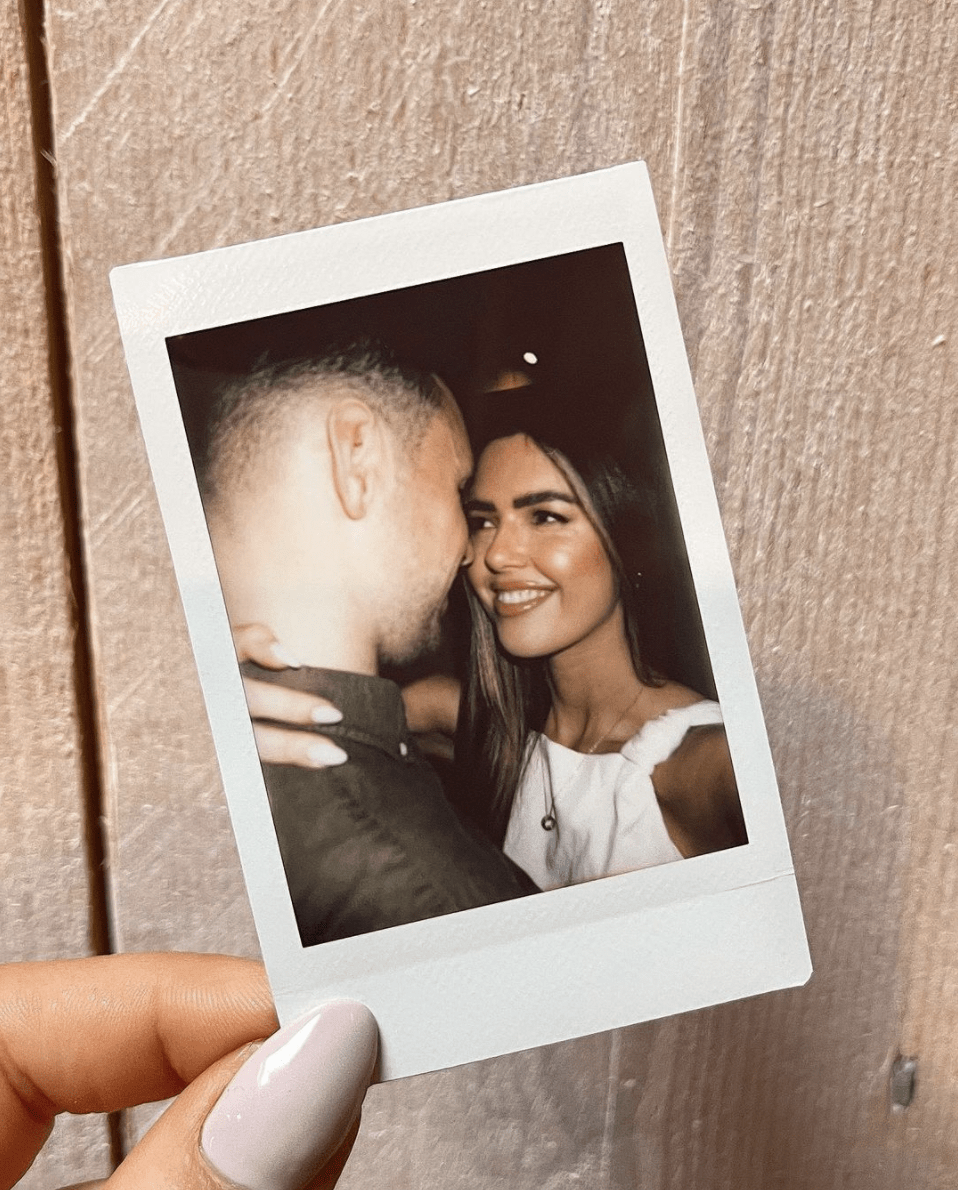 In the absence of her beloved father Gerry Ryan, the beloved radio host who passed away in 2010, Bonnie was walked down the aisle by her older brother Rex today.

The beauty influencer’s sisters Lottie and Babette acted as bridesmaids, and their proud mum Morah was joined by her musician boyfriend Don Mescal for the occasion.

Ahead of their wedding day, the couple hosted a Serenata party on Saturday night, where John serenaded Bonnie as they followed an old Italian tradition.

The newlyweds and their bridal party are believed to be staying at the Palazzo del Senatore Hotel in the town of Atina for their wedding celebrations. 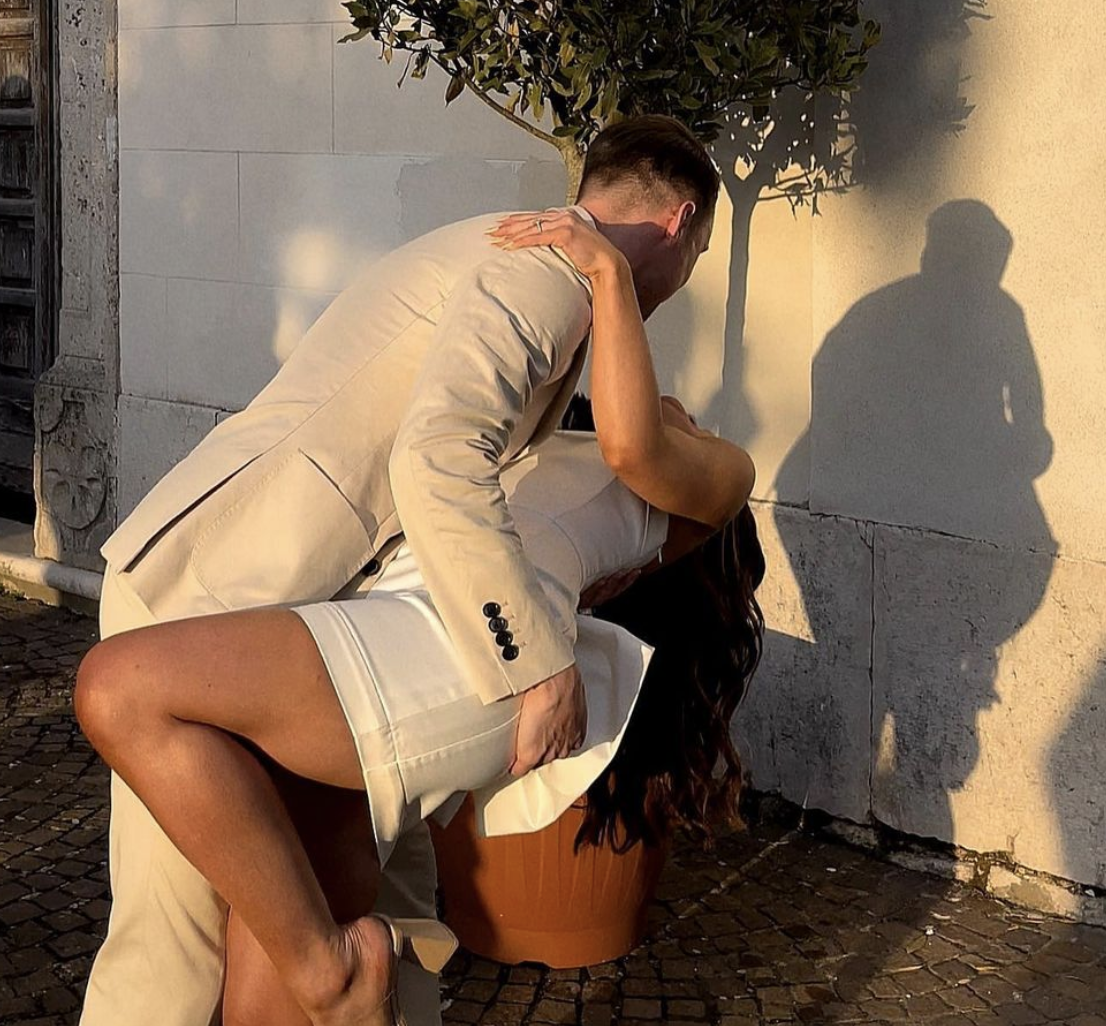 Before she flew to Italy, the beauty influencer picked up her wedding dress from Dublin bridal store Tamem Michael with her mother and grandmother.

Alongside photos from her final dress fitting, Bonnie explained that her grandmother came along to see her in the gown as she is unable to travel to her destination wedding.

She wrote on her Instagram Stories: “My gorgeous nana came to see me in my dress today while I took it home – she can’t make my wedding, it was important she got to see me in it.”

The 29-year-old tied the knot for the second time in Italy today, after officially marrying her longterm boyfriend John earlier this year.

On March 4, 2022, the couple tied the knot in front of a small group of their friends and family in Dublin, two years after they announced their engagement.

Sharing the news on Instagram, Bonnie shared a stunning snap of herself in a stylish white suit by Nadine Merabi, holding a bouquet of roses.

Bonnie has always kept her love-life out of the public eye, but it’s understood she’s been in a relationship with John for 13 years.

During a previous interview with Goss.ie, she told us: “We’ve been friends since we were only about 10.”

“We were in the same friends group and just ended up getting together and he’s stuck with me somehow, and now he’s put a ring on my finger there’s no getting away from me! I’m very lucky, but you know what – he’s very lucky too.”