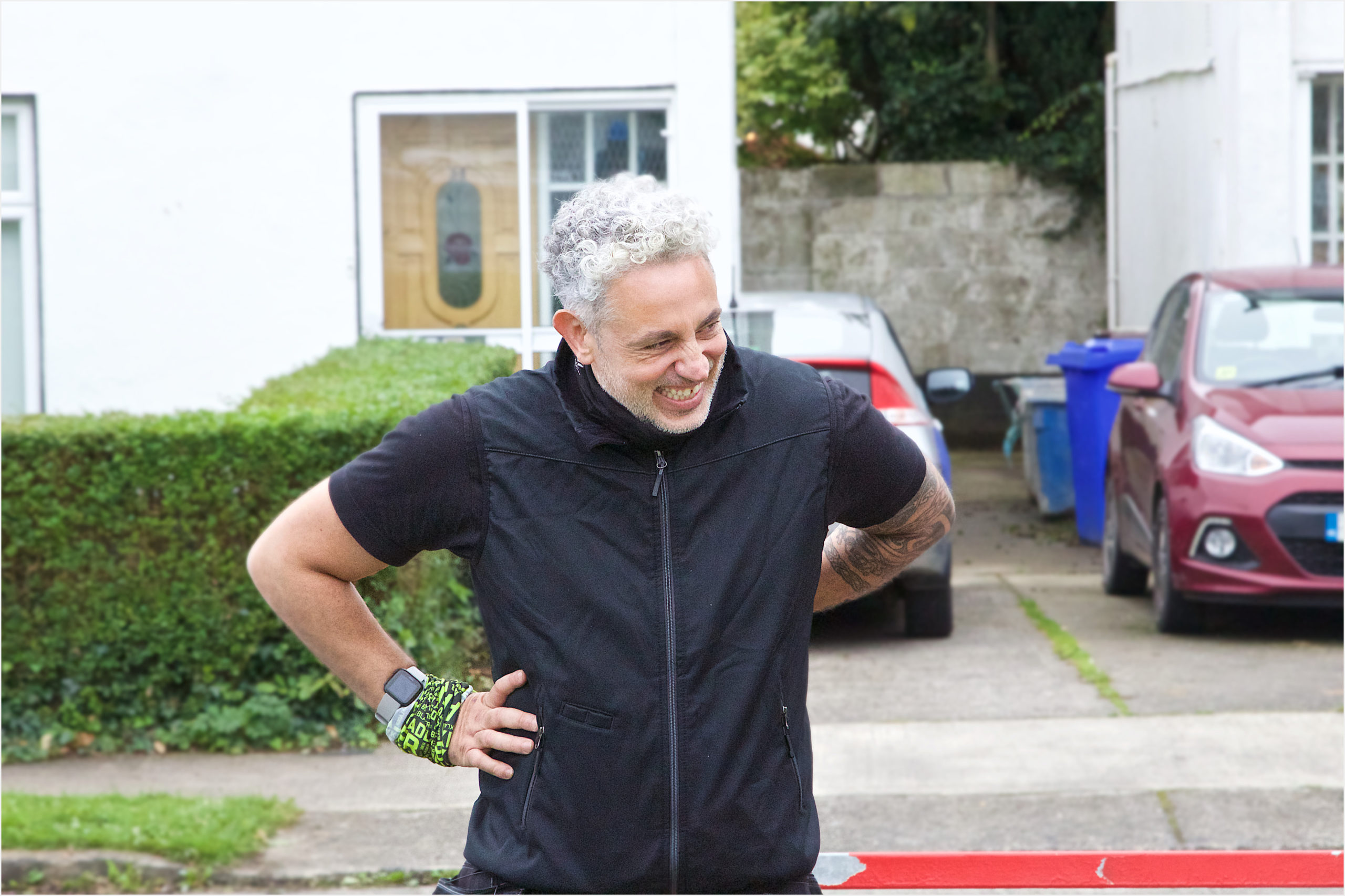 Baz Ashmawy has penned an emotional post to mark the end of DIY SOS: The Big Build.

The brand new series went down a hit on RTÉ One over the past few weeks, as viewers watched Baz and the team renovate the homes of deserving families in just nine days.

After the final episode aired on Sunday evening, Baz shared a touching message about the show on Instagram.

Posting BTS photos from the series, the TV presenter wrote: “Before I hang up my hard hat I just want to say something. Firstly to all the families. I just feckn love you guys.”

“We all do on @diysosireland you deserve all the good fortune you hearts can carry, God knows you deserve it. We’ve learned so much from you all.”

Baz continued: “I want to thank my DIY SOS team for your endless graft. The build team @sycamoreconstruction & our landscaper @peterdonegan and in design @restless.design & @hiddleston_interior_design & @thearchitects.ie but also the huge production team who never get noticed but work like slaves in the background.”

“I want to thank the companies that donate everything and make this show happen. It’s that generosity that makes this show even possible.”

“Most of all I want to get down on my knees and thank every single volunteer that came forward. There’s been hundreds upon hundreds of you. I’ve just never seen anything like it.” 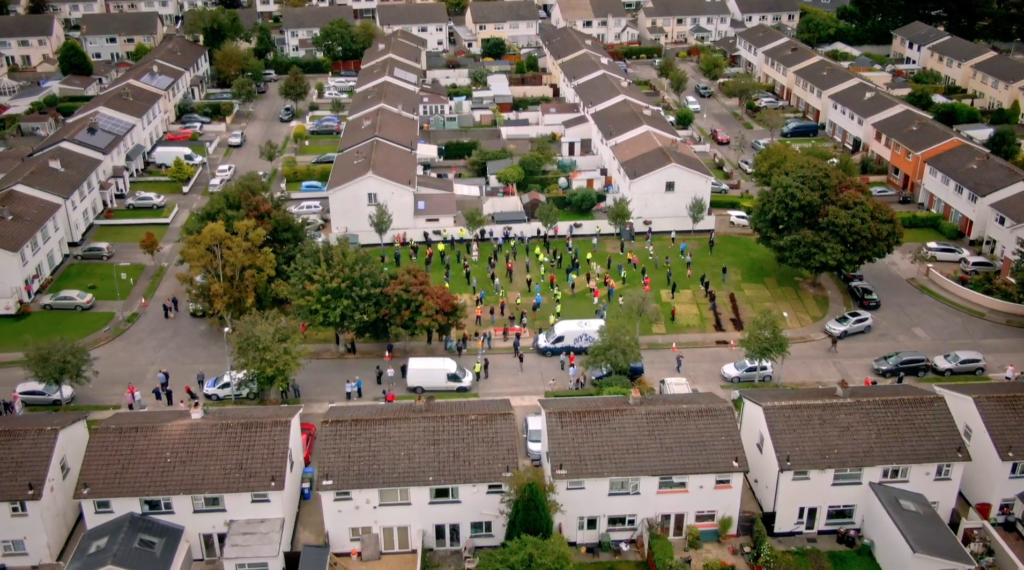 “To witness the good in people and see the kindness you dished out for nothing and always with a smile. I just had the best craic with you all. The sacrifice you gave, away from your lives and your families, just to help neighbours or strangers who needed it.”

“To do the right thing when it would have been so easy just not to feckn bother. I swear, it’s changed how I see our little country. It really has. The empathy you had to come forward and make the difference. And the pride you all took in your work,” Baz wrote.

“Listen, You changed those families lives for ever. I don’t just mean in what you built or created but in the kindness you showed them. I’ve always believed in show! don’t tell! And you showed everything.”

“You showed the families, but most of all you showed the whole country. It was just an amazing thing to witness.It’s been such a privelage for me to be around women and men like you. I’m just so proud to be Irish. There’s such good people out there.” 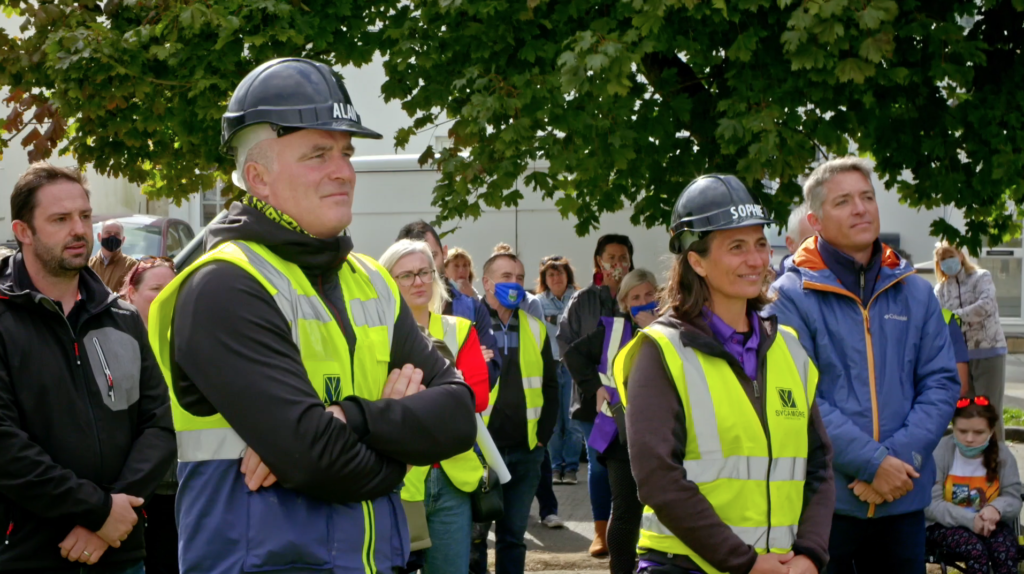 “See, those families needed to feel love and to feel like some one gave a shit about them when they felt no one did and YOU gave that to them. YOU! F***ing good on you!”

Baz concluded his post with the quote: “‘A heart is not judged by how much you love; but by how much you are loved by others’ – Wizard of Oz to the Tin Man – & Yea the Gaffer is obviously Dorothy.”

In the comment section, Baz was praised for being so “caring towards everyone”, and many shared their hopes for the show to return.

One follower commented: “Really hope this gets recommissioned. It was joyful to watch. All the men and women involved are to be commended. Just what we needed to see after such a shit year. Well done to you all.”

Another wrote: “The best show on Irish TV in a long long time! Truly special. What a team of people involved! Baz you were fantastic with all the families. Hope the show returns.”