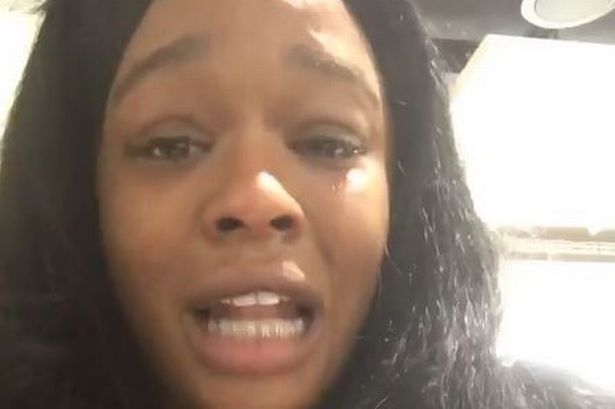 Azealia Banks has slammed Irish women as “ugly” after getting into a spat with Aer Lingus.

The rapper was on route to Dublin for her performance in The Acadmey Tuesday night, when she claimed she had been “banned” by staff from flying.

The US star took to Instagram stories to say she was “treated likea wild animal” and had a “travel day from hell”.

“The lady is like… asking me some questions,” she cried on her stories.

“And since I didn’t have an answer for her, she went a couple of seats over and she’s just like staring at me.

“She goes to the captain of the plane and lies and says that I said; ‘Oh don’t stare at me, I’ll sort you out’. I’m from New York City, I don’t say s**t like that, I don’t use that kind of slang.”

“Every time I come to the UK, they always make some s**t with these airline people,” she added.

“They crowded round me like I’m some sort of animal saying, “we’re going to have a problem”.’

“I get off the plane. I’ve worked too hard in my life to be cornered by some ugly Irish b***h. They are ugly Irish women here. ”

A spokesperson for Aer Lingus confirmed that two passengers “disembarked themselves” and added that they do not tolerate “disruptive guest behaviour”.

“As they had luggage in the hold, the flight was delayed while that luggage was sourced. The flight departed Gatwick at 12:07 and landed in Dublin at 13:22.

“Aer Lingus has a strict no-tolerance policy towards disruptive guest behaviour. The safety and security of our guests and crew remains our first priority,” they said in a statement.

Listen to episode 10 of The Gosscast – where we chat to James Patrice about his journey from Snapchat star, to RTÉ presenter.

Make sure to subscribe to The Gosscast on:
iTunes
Spotify
Ad