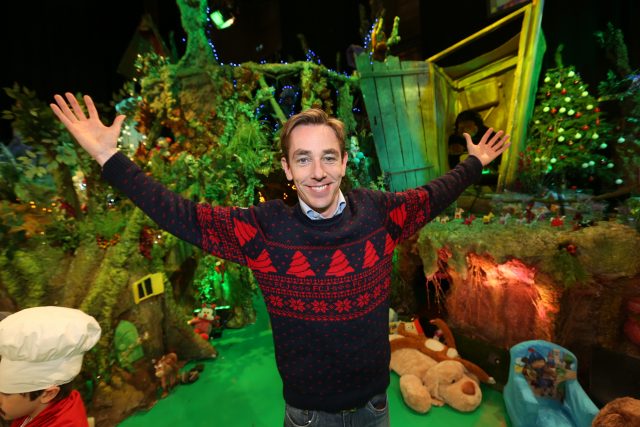 The hunt for The Late Late Toy Show tickets is now on, as applications for the most sought after seats in Ireland have opened today.

As The Late Late Toy Show regional auditions kicked off at the Clayton Hotel in Cork this morning, host Ryan Tubridy launched the application process for tickets.

Last year there were more than 140,000 applications for tickets to be in the audience for Ireland’s most popular television event.

Ryan Tubridy said, “I cannot tell you how often I am asked about Toy Show tickets. It really is quite extraordinary how popular they are. I am asked about them everywhere I go and the worst part about it is that I have to disappoint which I hate to do!”

“My best advice is to get those applications in good and early and keep your fingers crossed – this year it could be you.”

So, even if you have applied for Toy Show tickets before or are already in the running for seats at the main show, to be in with a chance to get tickets to this year’s Toy Show, you must apply separately by clicking HERE.

Please not, applications via social media or email will not be counted. Tickets are issued in a random lottery and those lucky enough to secure a seat will be notified closer to broadcast.

Dua Lipa describes working with THIS artist as ‘a dream come...