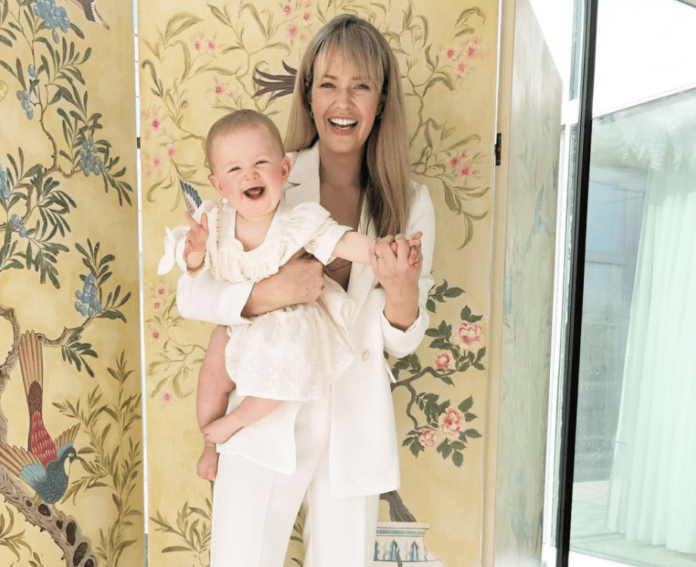 Aoibhin Garrihy has admitted she ‘beat herself up’ after people criticised her parenting on social media.

Speaking to RSVP, Aoibhin opened up about being shamed on social media for her parenting techniques.

The 34-year-old said: “Definitely when I was a novice, people were very quick to share their thoughts.”

“I think I did a boomerang of being at the restaurant and she was beside us – being like ‘first meal out’ or whatever.”

“And for me, everything was so new and you’re second guessing yourself all the time anyway. You don’t need people coming at you saying you’re doing this wrong,” she explained.

“I remember being like, I can’t do this. How did I not know that? And beating myself up. I took it to heart because it was such early days and hormones are all over the place, but I’ll never forget it.”

Aoibhin admitted she doesn’t get as many comments like that anymore, but warned people to be careful what they say to new mothers online.

“They are incredibly vulnerable in the early days. I was actually shocked, to be honest, that people are so forthcoming,” the mum-of-three said.

“And in some ways I learned a lot. But I got a little more savvy.”

“You become public domain when you have kids, and particularly if you post them online,” she said.

“Maybe it’s because I’ve managed to keep them alive so far, that they’re like, ‘okay, maybe she’s got this covered’ but I don’t get as many comments as I did before.”