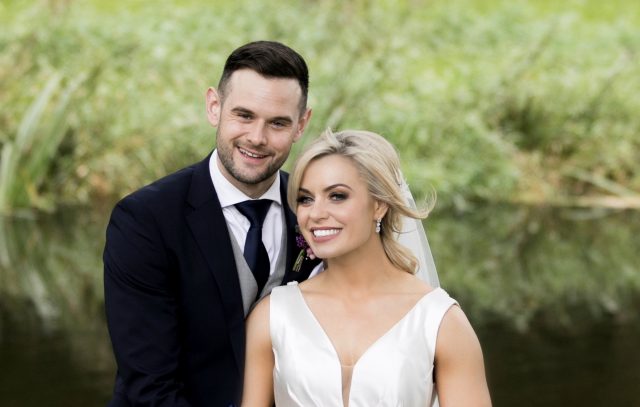 Anna Geary has opened up about her first year of marriage with husband Kevin Sexton.

The couple celebrated their first anniversary earlier this week, one year after they tied the knot at the Castlemartyr Resort in Co. Cork.

During their first year of marriage, Anna and Kevin faced some challenges as they were forced to cancel their honeymoon due to the coronavirus pandemic.

Speaking to RSVP Live, Anna said: “If anyone told me this would be our first year of marriage! We’ve spent more time together in the past six months than ever, so it’s just as well we get on so well and love each other’s company!”

“I’m really grateful for the fact that we both still had work during lockdown, a lot of my work had to be altered, some filming was put on hold and I did some things virtually, so it was challenging but it’s about being grateful for the little things in life,” she continued.

“Of course there’s difficulty and upset and uncertainty in life right now but I’m grateful for the fact that we’re happy and healthy.”

“We had planned to go to Cork to Castlemartyr where we got married but the reality of Covid is we probably won’t get to go down there now.”

Anna said: “Of course if it was safe I would love to get away but we’re not going to worry about it now, we’re just going to postpone it until a safer time. I’m happy to travel Ireland when it’s safe again because we have such a gorgeous country.”

“Sometimes things have to happen that are drastic to open our eyes on what’s right in front of us because often we forget what’s actually important in life.”

“As wonderful as nights out and holidays are, the reality is what’s important is our friends and our family and our health.”

After they decided to postpone their honeymoon, Anna and Kevin busied themselves by revamping their garden.

“In fairness, we lost a honeymoon and gained a garden! Now that we’re at home so much it’s definitely served us well,” she said.

“It’s about finding that happy medium in the house. Kev is definitely the chef of the house! I cook when I need to, I’m able but he enjoys it. He cooks and I clean! It works for us. I find cleaning therapeutic and he finds the cooking therapeutic.”