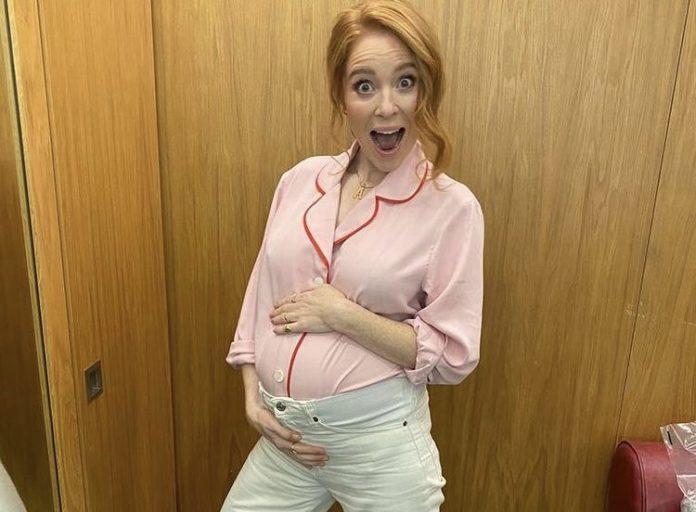 The Irish presenter, who is set to appear on The Late Late Show on Friday to discuss her new RTÉ show ‘Angela Scanlon: Ask Me Anything’, shared the exciting news via Instagram on Thursday.

Debuting her baby bump, the 37-year-old wrote: “SO, this is happening!! I’m pregnant & apparently already prepping for actual labour.”

Angela and her husband Roy welcomed their first child together on February 25, 2018 – a baby girl named Ruby.