An exceptional mural of Katie Taylor has been unveiled in North Dublin.

The mural depicts the lightweight champion of the world holding her gloves up, ready to begin a match.

Earlier this month, the Bray native battled it out to win the WBC belt, adding to her WBA, IBF and WBO belts at Madison Square Garden.

Artist Emmalene Blake created the image at the Backpage pub in Phibsborough, Dublin 7.

The work, created with spray paint and diligent stenciling, stands out against the pub’s brickwork. 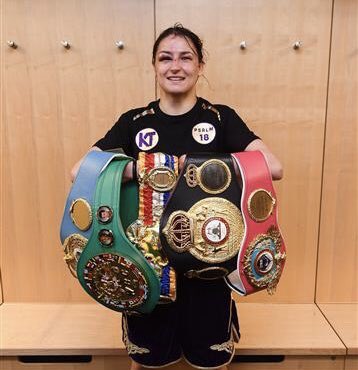 The artist has previously worked on murals to support marriage equality in Northern Ireland and female bodily censorship.

She also previously created a mural of journalist Lyra McKee, who was shot and killed during rioting in Derry earlier this year.