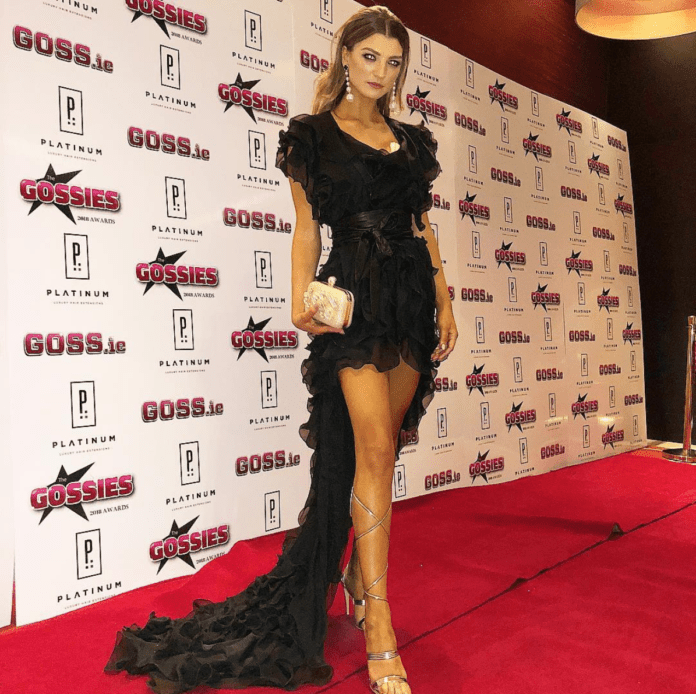 Alannah Beirne has reunited with her ex-boyfriend Paddy Davis, following her departure from Dancing With The Stars last weekend.

Last Sunday, the model was the sixth celebrity to be eliminated from the popular dance show alongside her dance partner Vitali, after the pair went head-to-head against Erin McGregor and Ryan McShane in the dance off.

The BNTM star was in a long-term relationship with Paddy before they split last year, however, Alannah has now revealed that they’ve rekindled their romance.

Speaking to RSVP Live, Alannah said, “I’m back with my ex. Sorry to all the boys out there!”

The brunette explained that the reason behind their split was long distance, as Alannah was working a lot over in London before she was booked to replace Aoife Walsh on DWTS, after Aoife sustained a toe injury before live shows.

“The reason why we broke up in the first place was because I was working so hard in London, and he had his job here.

“It just didn’t really work out, but now that I’m home, we’re taking things slow. I still don’t know if I’m going to go back to London because I still have my flat there.”

“I want to stay here. I love Ireland and the modelling industry here, so I’d love to pursue my career here.”

Alannah also admitted that she’d love to see Deirdre O’Kane go on to win Dancing With The Stars.

“I love them all, but Deirdre was in my dressing room and we were very close so I’d love to see her win,” she added.