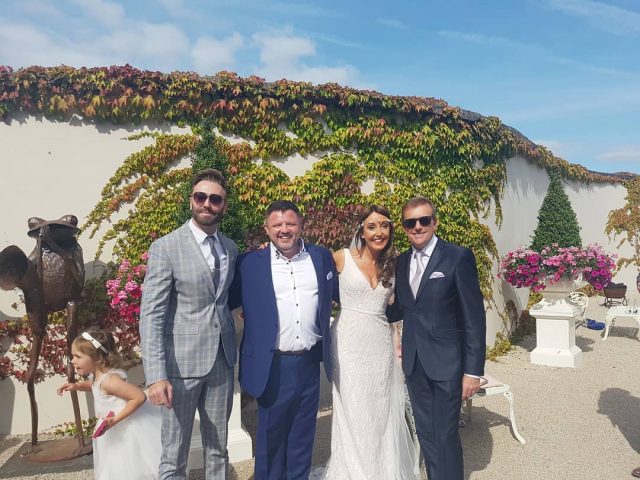 TV3 star Alan Hughes has paid tribute to the Irish man who died in the Greece fires.

Brian O’Callaghan-Westropp was on his honeymoon with his newlywed wife Zoe Holohan when the horrific tragedy occured.

According to reports the couple were attempting to flee to safety in a vehicle when the pair got separated.

While Zoe got to a nearby beach, suffering burns to her head and hands, Brian was sadly announced as dead, after going missing for several hours.

The couple had just got married in Meath last week, with Alan Hughes and husband Karl Broderick in attendance.

Sharing an image of the couple looking happy and loved up on their special day, Alan wrote that he was heartbroken.

“It felt odd to take to social media up to now, but it feels equally odd not to acknowledge and pay tribute to our lovely friend Zoe and her lovely husband Brian, who tragicly lost his life in Greece,” he wrote on his Instagram.

“A friendly, warm guy, ready with open arms for a bear hug, he was a gentleman. We cant believe it was this day last week that we shared in their beautiful wedding.

Zoe is currently recovering in Athens hospital, and is well-known in the showbiz industry as she works in advertising for the Sunday World.

Tributes have been pouring in for Brian, who was known for his work with Blood Bikes East, a team of motorcyclists who voluntarily deliver emergency medical supplies, like blood and transplant tissue, to hospitals seven days a week.