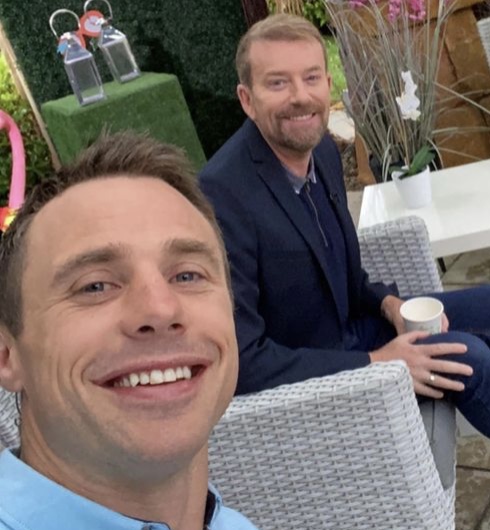 Alan Hughes has poked fun at Tommy Bowe’s awkward Ireland AM blunder in a hilarious video.

Last month, Tommy’s co-host Clare McKenna began introducing the next guest to the show Séamas O’Reilly, who would be discussing his new book.

She said: “Author Séamas O’Reilly was just five years old when he and his ten siblings…”, before Tommy cut in and exclaimed: “Ten siblings?!”

Clare then finished her sentence, saying: “…sadly lost their mum.”

Upon hearing the news of his guest’s mother passing, Tommy let out an awkward noise, and his reaction went viral on social media.

Ireland AM’s Alan took part in the ‘questions I get asked’ TikTok trend on Wednesday, where he made light of the situation.

In the video, entitled ‘Questions I get asked as an Ireland AM presenter’, Alan danced along as he was asked: “How many siblings does Tommy Bowe have?”