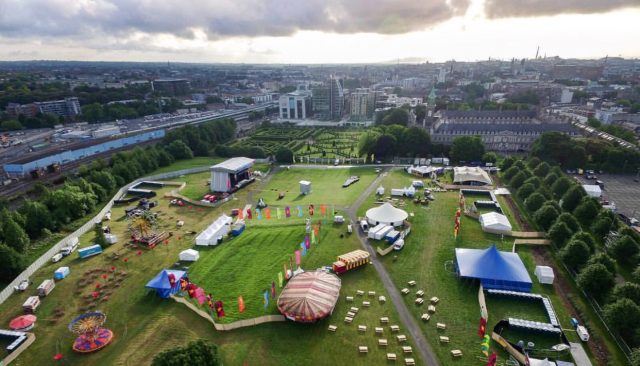 The gates have just opened and you’re cracking into a big bag of (responsibly drank) cans with the lads trying to figure out who your must-see acts re over the next three days.

Allow us to help you out with five suggestions of amazing Irish acts you need to add to see. Thank us later.

If you haven’t seen these lads live already, what are you at?! They kicked off what’s been a phenomenally successful two years of taking over the Irish rap and grime scenes here in 2016. Last year they were rolled out for the Forbidden Fruit launch as well as the festival, and they had the place on wheels. Get hydrated (it’ll be a workout) and catch them on the Undergrowth stage at 17:00 today.

Erica Cody’s anthems are infectious in the best kind of way. With Lauryn Hill and Aaliyah among some of her main inspirations, you can get an idea of the R’n’B vibe she serves up. Only 22-years-old, and already looking and sounding like a seasoned pro on stage, there’s no telling how big this gal will get! She’s on the Bulmers Live Stage at 18:00 tonight, don’t miss her.

This is the last time you can see this guy and be like, ‘I knew him before he blew up’. Flynn released his debut single ‘Red Light back in February and treated us to ‘Peace of Mind’ just yesterday! You can catch him on the Bulmers Live Stage on Sunday from 14:30.

These gals will bring the ultimate summer buzz to the festival tomorrow. Emma Garnett leads this eight-person Afrofuturism musical project which is influenced by the Wassoulou music of West Africa and Neo – Soul of North America. Fehdah take to the Bulmers Live Stage on Sunday at 16:00.

Tickets 70% sold for both of our May shows, get involved before it’s too late!

Ok so not actually a music act but Bingo Loco is MENTAL craic! If you haven’t already experienced it expect to blasted with smoke cannons and have Coco Pops fecked at you while you try to tick off your bingo numbers. There are deadly prizes up for grabs and a seeerious heap of tunes mixed through the madness too!