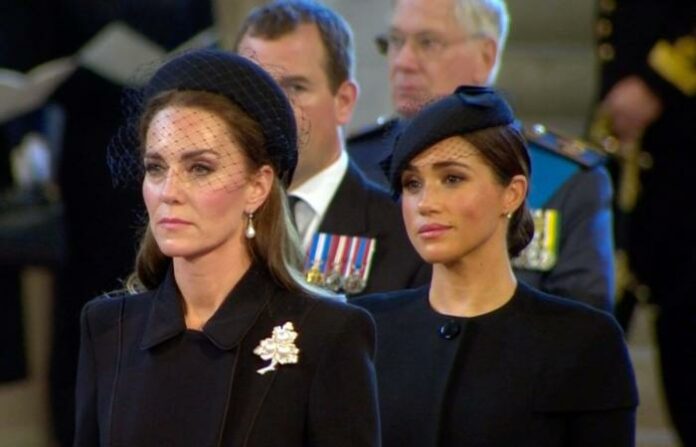 The state funeral of Queen Elizabeth II will take place in Westminster Abbey this morning.

Around 500 dignitaries from around the world will descend upon London to pay their respects to the late monarch – who passed away on September 8 at the age of 96.

Royal historian Jessica Storoschuk told Page Six: “The tradition of mourning veils dates back several centuries, and has a basis in monastic dress.”

She added that the piece “was often considered to be ‘armour’ and would shield their grief from the public.”

Jessica explained that “the length and style of veil has changed” over the years, and more modern veils are “often shorter and made of transparent materials.”

The Queen, Princess Margaret and the Queen Mother wore full black veils to mourn the death of King George VI in 1952.

It is likely we will see several of the family members, including Meghan Markle and Kate, wear the accessory for the Queen’s funeral next week.