The Duke and Duchess of Cambridge are parents to three children – Prince George (7), Princess Charlotte (6) and Prince Louis (3).

Taking to Instagram, the couple shared a series of photos in honour of Father’s Day – including a previously unseen snap of William with his children.

The clip also featured an image of Queen Elizabeth and the late Prince Philip with their grandchildren, a photo of Prince William’s father Charles and of Kate’s dad Michael.

Commenting on the new photo (bottom left), one fan wrote: “the trooping photo is so adorable 😍”.

Another penned: “Please Release that picture with prince William and the kids..it’s so sweet😭😭” 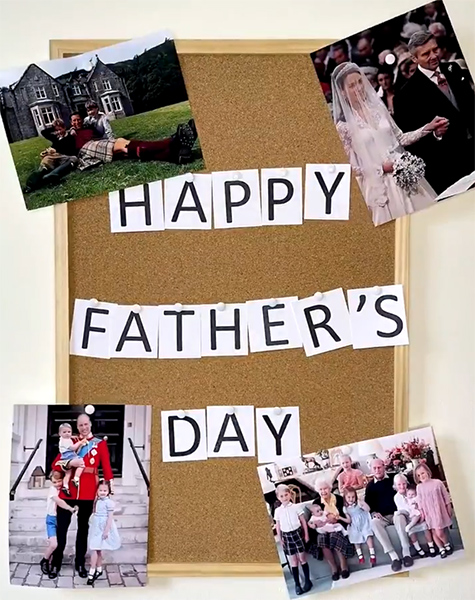