Prince William and Prince Harry put on a united front this week, to unveil a statue of their late mother, Princess Diana.

The statue was unveiled during an intimate ceremony at Kensington Palace on July 1st, which would have been her 60th birthday.

The Duke of Cambridge and the Duke of Sussex commissioned the statue in 2017, as a tribute to their late mother – who tragically died in a car accident back in 1997.

It was the first time William and Harry have been seen together since they attended the Duke of Edinburgh’s funeral in April.

Their fractured relationship has been the subject of many headlines in recent years, ever since Harry announced his engagement to his now-wife Meghan Markle.

While the brothers were seen chatting as they walked side-by-side at Kensington Palace on Thursday, sources have claimed things are still tense between them.

An insider told the UK Mirror: “Despite William and Harry coming together this week for the sole cause of commemorating their mother’s legacy, Harry is very much on the outside.” 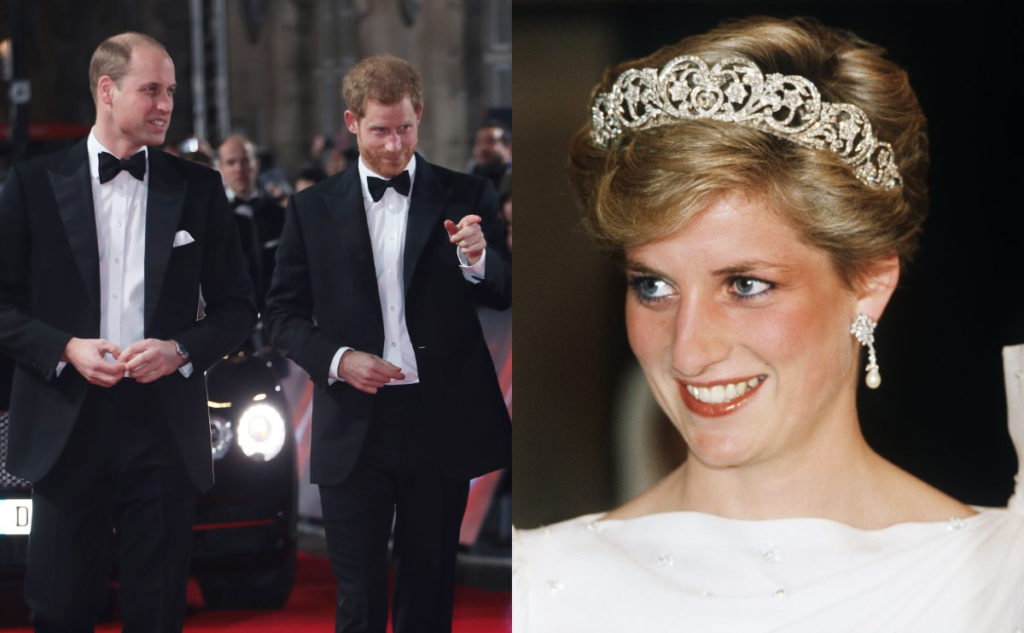 “They put on a show, did what they had to do to make sure the day went without a hitch and said goodbye. It was nothing more, there was nothing to discuss.”

“Things are still far too raw for William and other members of the family to entertain Harry, so it’s best to let things lie for the moment,” the source added.

Last month, a new book claimed William and Harry had a “fierce and bitter” argument over bullying allegations made against Meghan in 2018.

Meghan has vehemently denied the claims against her.

Last month, The Times published extracts of a new book by historian Robert Lacey, called Battle of Brothers: The Inside Story of a Family in Tumult.

In the book, Lacey claims William confronted Harry over the allegations against Meghan back in 2018, which led to them having a huge row.

He wrote: “When Harry flared up in furious defense of his wife, the elder brother persisted. Harry shut off his phone angrily, so William went to speak to him personally.”

“The prince was horrified by what he had just been told about Meghan’s alleged behavior, and he wanted to hear what Harry had to say.”

“The showdown between the brothers was fierce and bitter.”