Prince William and Prince Harry have agreed to split proceeds from Princess Diana’s memorial fund between them, as they separate their charitable activities.

The agreement was made in December last year, in the lead up to Prince Harry and Meghan Markle stepping down from their senior roles in the royal family.

Future proceeds from their mother’s Memorial Fund will now be divided between the brothers’ charities of choice.

In 2013, the Royal Foundation charity assumed legal control of their mother’s memorial fund to safeguard any future income upon the ending of it’s operations.

The Royal Foundation operated under the names of the Sussexes and Cambridges, before Meghan and Harry formally split from the joint charity and established the now abandoned Sussex Royal Foundation.

The official report from The Royal Foundation grants the brothers’ equal dividends of the memorial’s proceeds to give to their charity of choice.

“In March 2020 The Duke and Duchess of Sussex announced that they would no longer be operating Sussex Royal as their primary philanthropic vehicle in the UK and accordingly their share of the net income will instead be donated to another charity of The Duke of Sussex’s choosing.”

It is understood Prince Harry has asked for his share of the funds to go to Sentebale, a charity he founded to help the victims of extreme poverty and HIV/Aids in Lesotho, Botswana and Malawi. 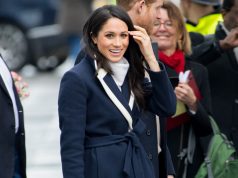 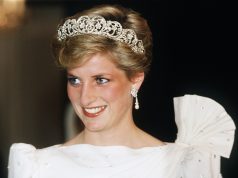 Ewan McGregor ‘to pay HALF of his royalties’ to Eve Mavrakis...