Meghan Markle has opened up about her “surprising” first meeting with Kate Middleton.

Speaking in her and Prince Harry’s new docuseries on Netflix, the former actress recalled the moment she met her now sister-in-law.

Meghan confessed she was “bare foot” and wearing ripped jeans at the time, and didn’t realise that the “formality” carries on behind closed doors.

The Duchess of Sussex said: “Even when Will and Kate came over and I was meeting her for the first time I remember I was in ripped jeans, I was bare foot…”

“Like I was a hugger, I have always been a hugger I didn’t realise that is really jarring for a lot of Brits.”

“I started to understand that the formality on the outside carried through on the inside, that there is a forward facing way of being and then you close the door and thing OK we can relax now, but that formality carries over on both sides and that was surprising to me,” she confessed.

The 41-year-old also recalled meeting the Queen for the first time at the Royal Lodge in Windsor, shortly after her and Harry went public with their romance in 2016.

Meghan explained: “I mean. it’s surreal. There wasn’t like some big moment of ‘Now you’re gonna meet my grandmother’. I didn’t know I was going to meet her until moments before.”

“We were in the car and we were going to the Royal Lodge for lunch, and he [Harry] was like, ‘Oh, my grandmother is here, she’s gonna be there after church’.

“I remember we were in the car, driving and he’s [Harry] like, ‘You know how to curtsy, right?”. And I just thought it was a joke.'” 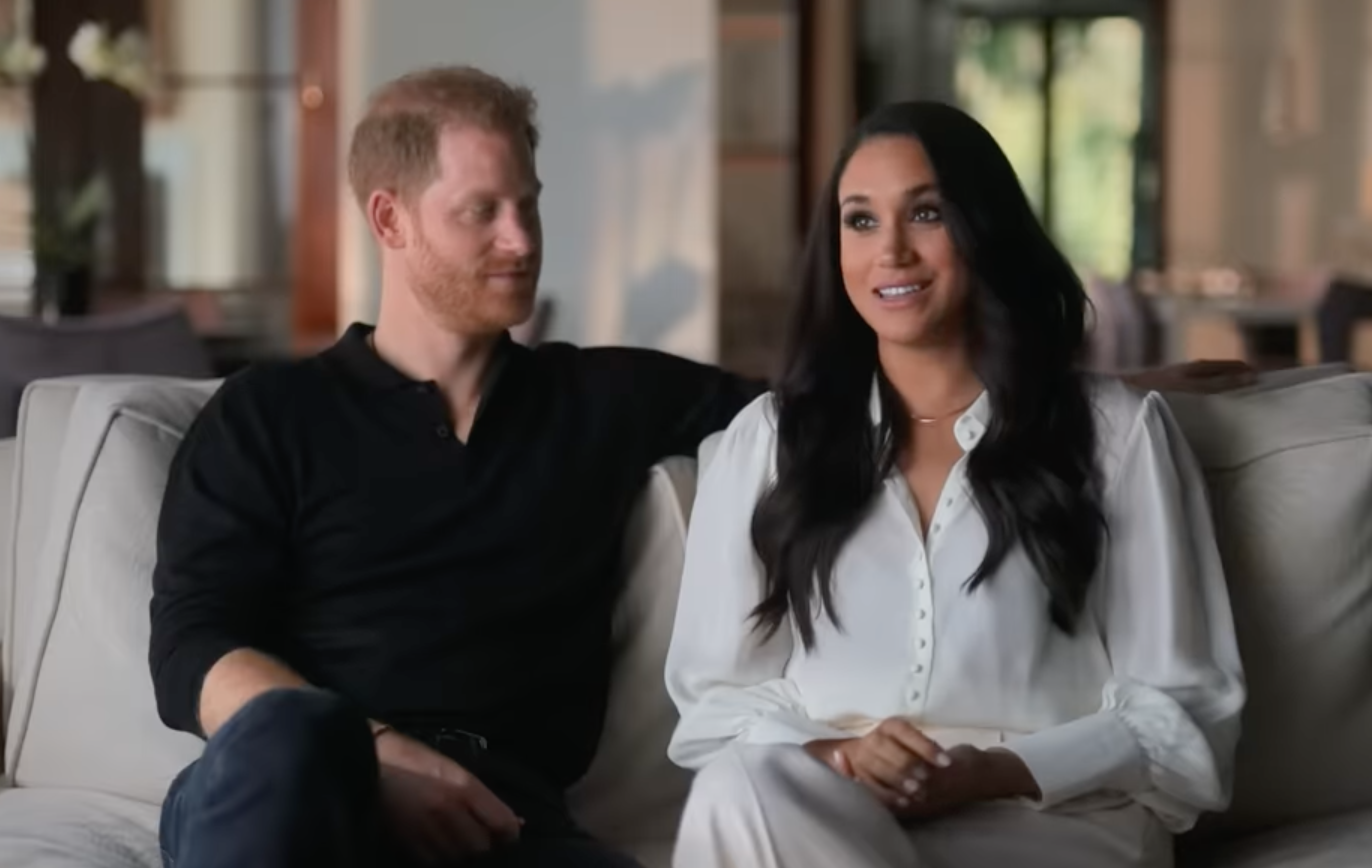 Meghan continued: “Now I’m starting to realise this is a big deal. I mean, American’s will understand this. We have Medieval Times dinner and tournament. It was like that. Like, I curtsied as though I was like… ‘Pleasure to meet you your Majesty.’

“It was so intense. And then when she left, Eugenie and Jack and Fergie say ‘you did great!’ Thanks. I didn’t know what I was doing.”

The California native also opened up about her first Christmas at Sandringham, which she said was “amazing”.

“I remember so vividly the first Christmas at Sandringham,” Meghan said. “Calling my mom, and she’s like, ‘How’s it going?’ and I said, ‘Oh my gosh, it’s amazing. It’s just like a big family like I always wanted.'”

Prince Harry also said his family were “incredibly impressed” by Meghan at the start, but doubted their relationship would last.

“I remember my family first meeting her and being incredibly impressed. Some of them didn’t quite know what to do with themselves… They were surprised that the ginger could land such a beautiful woman. And such an intelligent woman,” he recalled.

Meghan added: “The actress thing was the biggest problem, funnily enough. There is a big idea of what that looks like from the UK standpoint – Hollywood – and it’s just very easy for them to typecast that.”

The first three episodes of Harry & Meghan are available to stream on Netflix now, with the final three instalments dropping on December 15.