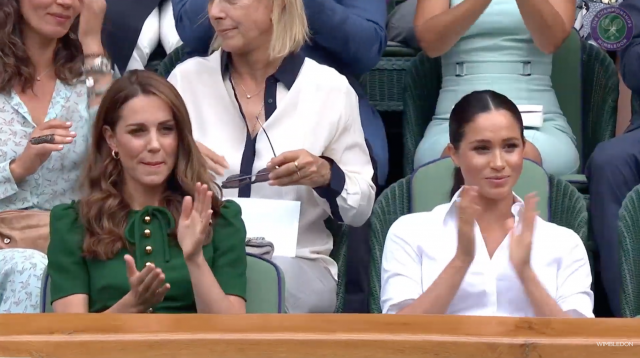 Meghan Markle and Kate Middleton returned to Wimbledon together this afternoon, exactly one year after their first solo outing.

Kate looked glamorous as ever in a bespoke green Dolce & Gabbana dress (£2,150), which she previously wore during a royal tour of Canada back in 2016.

And as always, new mum Meghan looked chic in a crisp white shirt, and a pleated Hugo Boss skirt (£350), which she paired with delicate turquoise stud earrings from her friend Jennifer Meyer’s jewellery line.

Meghan has arrived to @Wimbledon! She’s wearing a crisp white shirt, a pleated skirt with blue details and a belt. Details coming! pic.twitter.com/fxFPLFRTya

The pair were both joined by Kate’s sister Pippa Middleton.

It looks like Meghan and Kate are making their trip to Wimbledon an annual event, as the Duchess of Sussex and the Duchess of Cambridge attended the same finals match last year.

Meghan returned to the Wimbledon grounds just days after she came under fire for allegedly asking spectators not to take photos of her as she watched Serena Williams play her second round match against Slovenian Kaja Juvan on July 4.

The Duchess was branded a “control freak”, after former world champion Sally Jones revealed she was warned about taking pictures while Meghan was in the audience. 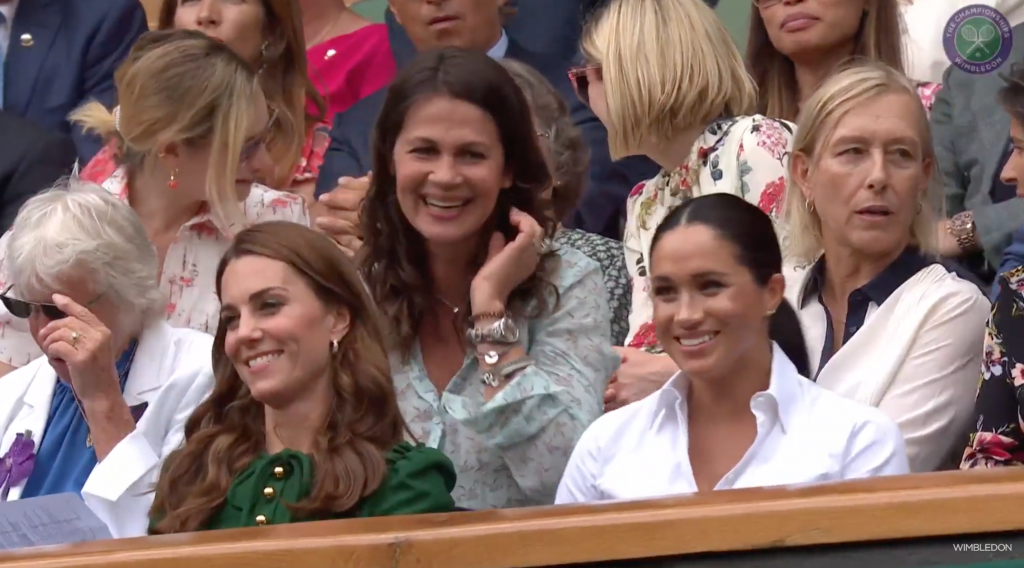 The former actress has been a fan of the tennis tournament for a long time, and previously attended Wimbledon back in 2016, around the same time she was set up on a blind date with Prince Harry.

Meanwhile Kate’s regular appearance at the tournament is no surprise, as she is a Patron of the All England Lawn Tennis and Croquet Club. 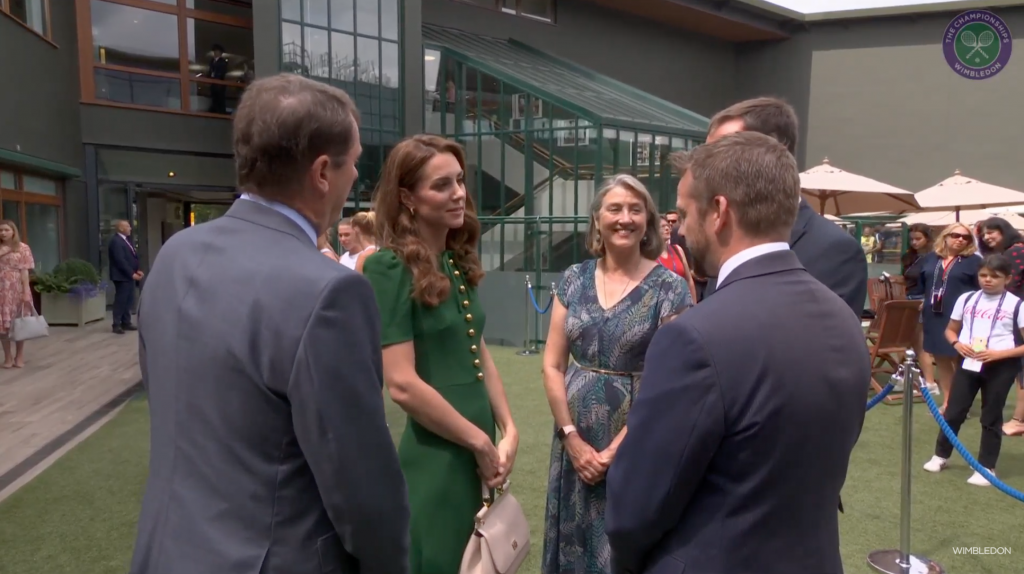