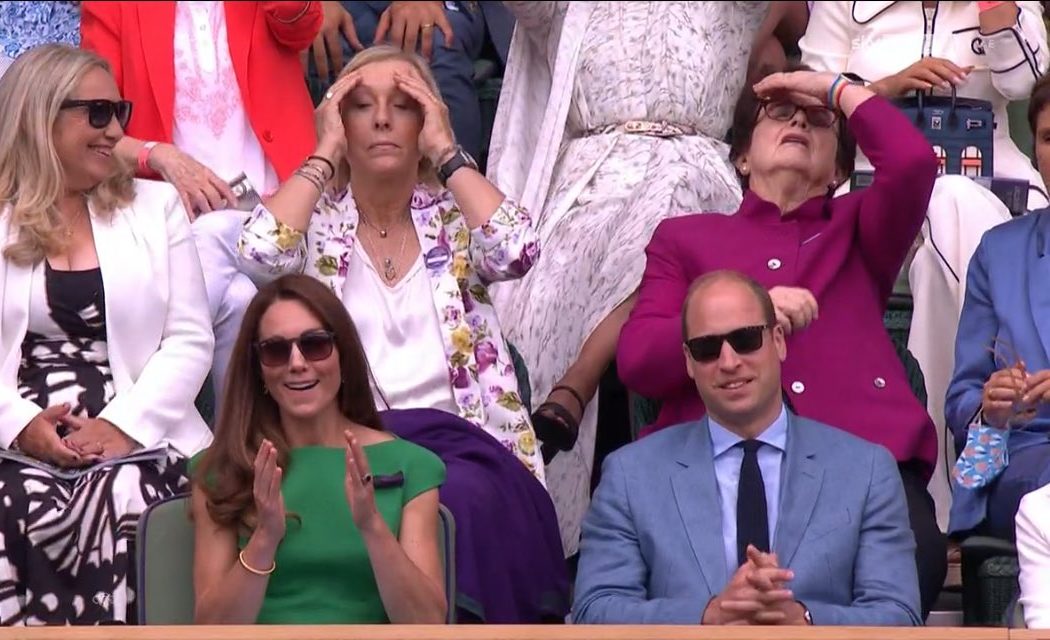 Kate Middleton attended Wimbledon with Prince William today, after she was recently forced to self-isolate.

The Duke and Duchess of Cambridge were special guests at the women’s final, and watched Ashleigh Barty face off against Karolina Pliskova.

Kate, 39, stunned in a green dress as they took their seats in the Royal Box.

Where royalty and tennis royalty mix.

The Duchess attends Wimbledon every year as a patron of the All England Lawn Tennis and Croquet Club.

This is Kate’s first public appearance since Kensington Palace announced that she was self-isolating, after coming in contact with someone who tested positive for COVID-19.

In a statement, a spokesperson said: “Last week, The Duchess of Cambridge came into contact with someone who has subsequently tested positive for COVID-19.”

“Her Royal Highness is not experiencing any symptoms, but is following all relevant government guidelines and is self-isolating at home.”