RTE star Bernard O’Shea has urged men to follow in his footsteps – and check their balls monthly.

The 2FM presenter revealed that he has started doing self check tests on his testicles every four to five weeks since joining a new anti-cancer campaign.

Asked if he had always checked for testicular cancer, he said: “I didn’t until I started doing the campaign, but I do now yeah. I do it about every four to five weeks.”

But Bernard likes to make sure that his wife is away when he gets handsy.

He said: “It’s generally when my wife goes away and I go I’m going to have a shower – in my wife’s shower.

“Because I am going to use all the products that she has and then she comes back and goes did someone use my moisturiser that was a present, that was €80.

“The shower is good as well because honestly it’s moist, you’re going to have a good rummage around you know don’t do it when you’re in Aldi. But yeah, in the privacy of your own home or your own shower. ”

Testicular cancer is quite rare, yet the most common cancer in young men between aged 15 and 34 year old men. 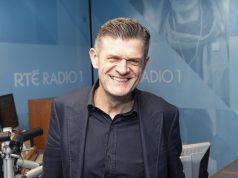 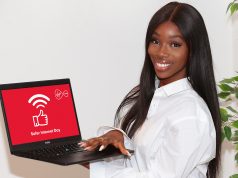 Yewande Biala reveals she wants a career in Irish radio