Kim Kardashian has revealed that her fourth child has been born.

The reality star was expecting her second son with husband Kanye West via surrogate.

In another tweet Kim revealed her new son was the image of her baby girl Chicago.

“He’s also Chicago’s twin lol I’m sure he will change a lot but now he looks just like her,” she revealed.

Kim’s sister Kourtney had revealed on the Ellen show yesterday that her sister was in hospital with Kanye as their surrogate was in labour.

The couple are already parents to daughters North and Chicago, and son Saint. 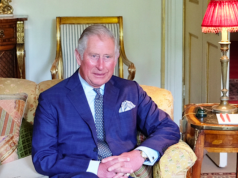