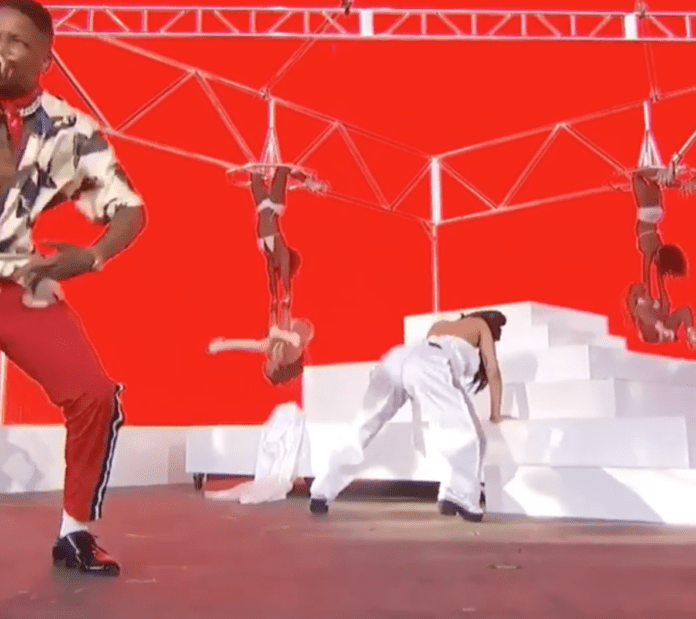 Cardi B put on one hell of a show at Coachella on Sunday night, despite being six months pregnant.

Just one week after she finally revealed her pregnancy on SNL, Cardi took to the stage at Coachella to perform new songs from her debut album, Invasion of Privacy.

The rapper, who is expecting a baby with Migos star Offset, wore a white custom design by Alejandro, which was inspired by TLC.

During her performance, Cardi brought out a number of special guests, including YG for her track She Bad.

Not letting her growing baby bump stop her from getting down, Cardi twerked alongside her dancers before telling the crowd, “I’m running out of breath, you know my pregnant ass.”

The 25-year-old also brought out G-Eazy, Chance The Rapper, Kehlani and 21 Savage – who all featured on her new album.

Chance came out during Cardi’s set and it was terrific. #Coachella pic.twitter.com/Jan0zrs0xh

Cardi B is me af when singing along to Kehlani pic.twitter.com/Ipc5asOota

Although Cardi still rocked it at Coachella while pregnant, she has been forced to cancel a number of festival gigs over the summer, including Longitude, as she’s due to give birth in July.

However, Cardi has ensured fans that becoming a mother won’t “ruin her career”, like some people have suggested.

During an interview on Power 105.1’s show The Breakfast Club, Cardi said, “It just really bothers me and it disgusts me because I see a lot of women online like, ‘Oh I feel sorry for you, oh your career is over.’

Cardi B is still scheduled to join Bruno Mars on his 24K Magic Tour in September, and the mum-to-be has insisted that she’ll be there, as she’s taking the baby with her.