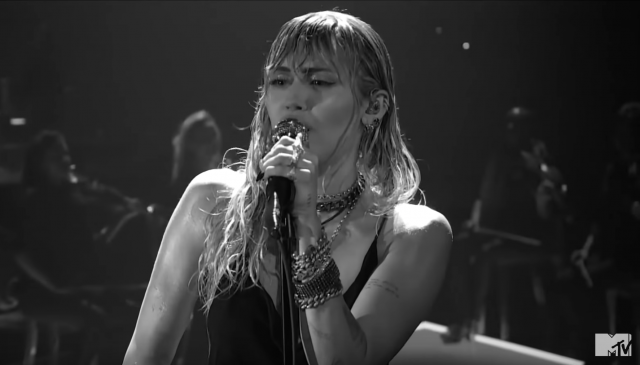 Miley Cyrus performed her emotional new break up track ‘Slide Away’ at the MTV VMAs last night, days after confirming her split from Liam Hemsworth.

The heart wrenching performance marked the first time Miley has been on stage since her actor husband filed for divorce.

According to reports, the 26-year-old was supported back stage by her rumoured new beau Kaitlynn Carter – who she was pictured kissing just hours after announced her split from Liam.

During her performance, Miley also showed off some new ink on her arm.

The new tattoo, which was inked on her left bicep by Winter Stone, appears to be a direct reference to her split from Liam.

The tattoo reads: “My head was feeling scared, but my heart was feeling free,” which is a lyric from the Pixies’ song ‘The Thing’.