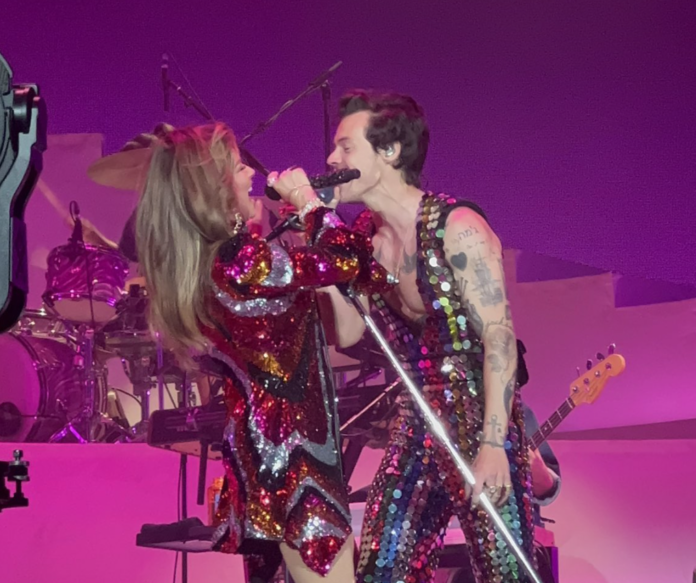 Harry Styles surprised festival-goers at Coachella on Friday night by bringing out a very special guest.

An hour into his set in Indio, California, the former One Direction star introduced country music legend Shania Twain.

The pair launched into a duet of her hit song ‘Man! I Feel Like a Woman!’, which was originally released back in 1999.

After delighting the crowd with their performance, the 28-year-old explained that he used to listen to Shania in the car with his mum.

Harry told the crowd: “This lady taught me to sing. She also taught me that men are trash.”

Shania said: “I’m a bit starstruck, what can I say? No, really, I’m a fan of you, of course. I realize that when I was writing this song, you were just a little kid.”

“I think I’m just in love and this song is all about love. So let’s just sing about love.”

The pair then sat on stools to sing Shania’s 1997 hit ‘You’re Still the One’.