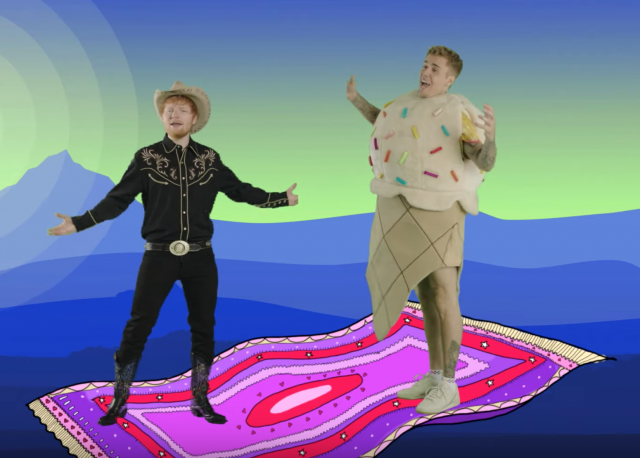 Ed Sheeran and Justin Bieber have released the music video for their new song, I Don’t Care.

The music video stars both singers, and was entirely shot with a green screen.

The new song, which was released on Friday 10th May, marked Ed’s biggest-ever single launch, storming charts across the globe.

To date, the track has garnered over 150 million streams.